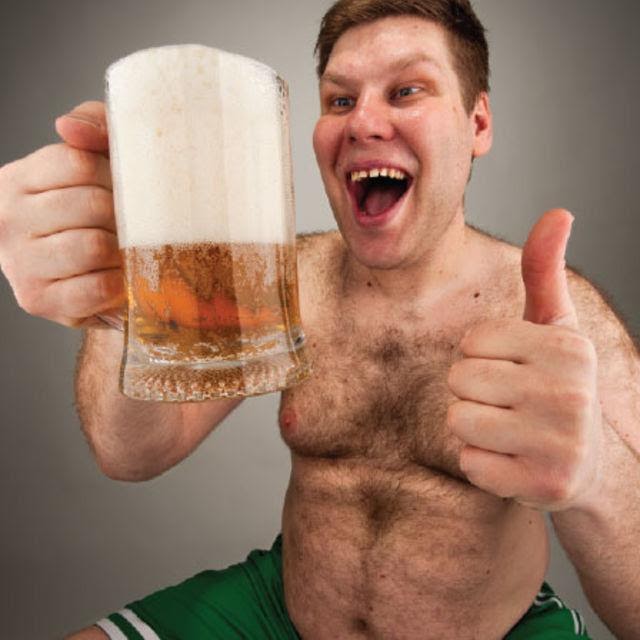 But the natural reduction all men can expect to suffer pales in comparison with the society-wide collapse in lower testosterone levels that has occurred over the second half of the twentieth and the first quarter of the twenty-first century.

What Lower Testosterone Levels Do

Avoid These Foods at All Costs

We all know about the dreaded beer belly, but did you know that beer boobs are a thing too?

Hops have traditionally been used as a treatment for women suffering from menopausal symptoms such as hot flushes, night sweats, mood swings and vaginal dryness. And why is that? Because hops are one of the most potent phytoestrogens known to man. Phytoestrogens are natural chemicals that mimic the effects of the hormone estrogen.

In fact, the phytoestrogen levels in hops are so high that menstrual disturbances have been reported in female hop workers – women who are simply harvesting and handling hops, not drinking them by the pint.

Hops have been used in the preservation of beer since at least the 9th century, but it wasn’t until much later that they became more widely used, replacing the other preservative chemicals such as mugwort, sweet gale and yarrow that were used in the ancient form of un-hopped beer known as ‘gruit’.

Although hops have a superior preservative power, allowing beer for the first time to be shipped long distances without spoiling – that’s why India pale ale (IPA) was so heavily hopped, to allow it to survive the ship’s journey from England to Indian – this has come at the expense of male hormonal balance.

Needless to say, if merely handling hops can alter your menstrual patterns as a woman, then imagine the effects on the male body of consuming litres of heavily hopped craft beer every week… That bald bespectacled gentleman with the tufty beard and flabby upper chest isn’t doing himself any favours by making it his life’s mission to sample as many varieties of small-batch IPA as he can.

Our advice: either cut back on beer totally in favour of wine or spirits, or try one of the many new brands of gruit that are now available. 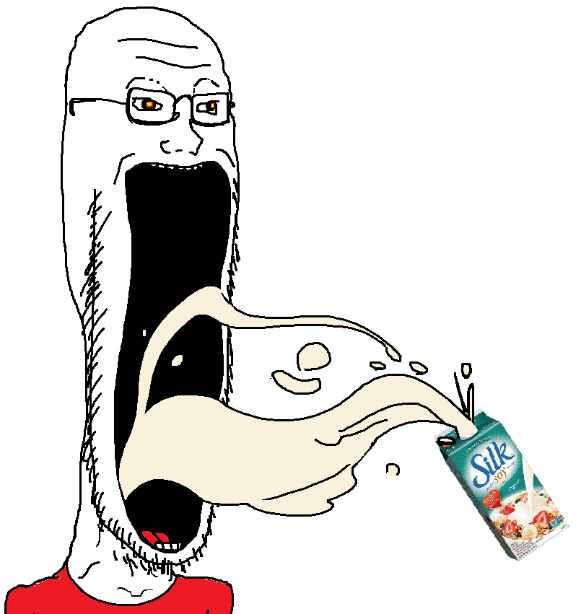 This unmanly variant of Wojak is known affectionately by many names. One of them is ‘Soyjak’, and for good reason: regular guzzling of soy products really will make you less manly.

Sorry, vegan gainers. Although soy protein used to be a popular protein powder in the Golden Age of bodybuilding, soy has since been recognised as an inferior quality protein, with low bioavailability compared to whey and milk and egg proteins. In addition, soy foods, like hops, are also high in phytoestrogens, which can lower testosterone levels [R].

For example, one study in 35 men found that drinking soy protein isolate for 54 days resulted in lower testosterone levels [R].

Studies have found that consumption of refined sugar can lead to both reduced testosterone levels in men and reduced sperm motility, reducing fertility [R][R].

By giving men a 75g dose of refined sugar every day, researchers at Oxford University were able to reduce their testosterone by 25% with almost immediate effect. The effects took place within a very short period of time and testosterone remained suppressed two hours after administration of the sugar dose.

To put it in perspective, a single can of Coca Cola contains about 40g of refined sugar, so it wouldn’t be difficult to consume more than the dose administered by the Oxford University researchers.

The next entry in our list, vegetable oil, has also been fingered for its role in this growing health crisis, and like refined sugar also has anti-testosterone effects.

At least two studies have associated vegetable oil (such as canola, soybean, corn and cottonseed oil) consumption with reduced testosterone levels in men.

These forms of fat have long been advocated as healthy alternatives to animal fats but increasingly appear to be anything but healthy. In fact, their increased consumption since the middle of the twentieth century may be associated with the increasing prevalence of some of the worst health conditions of our time, including Alzheimer’s, heart attacks, diabetes and autism. For an in-depth discussion of the deleterious health effects of vegetable oil (and of refined sugar), we recommend reading Deep Nutrition, by Catherine Shanahan.

One study of around 70 men showed that frequently consuming vegetable oil was associated with significantly lower testosterone levels [R].

Another smaller study, of 12 men, also reported that vegetable oil intake was linked to lower levels of testosterone [R].

Since we’re on the subject, one of the worst lies perpetuated about nutrition concerns the nature of animal fats – saturated fats – and their relationship to muscle-building. Contrary to much of the received nutritional ‘wisdom’ of the past half-century, saturated fats are healthy and essential to creating the right hormonal environment for muscle growth.

Cholesterol, one of the most demonised substances in the modern world, is a necessary precursor for a wide variety of hormones, including testosterone, which is crucial to building muscle. Dietary cholesterol intake appears to have nothing to do with levels of supposedly ‘good’ or ‘bad’ cholesterol in the blood, and even the USDA has now reconsidered its guidelines about the consumption of dietary cholesterol.

The lie has also been perpetuated by bodybuilders who use anabolic steroids to create the right hormonal environment; they can afford only to eat the egg whites rather than the whole, for instance, or to avoid butter and red meat and only eat chicken breast and tuna, because they do not need the saturated fat and cholesterol to put their bodies in the necessary anabolic state.

Prefer butter and animal fats to vegetable oils and other unsaturated fats; there is absolutely no reason in the world not to eat eggs either, one of the most nutritionally complete foods in existence. 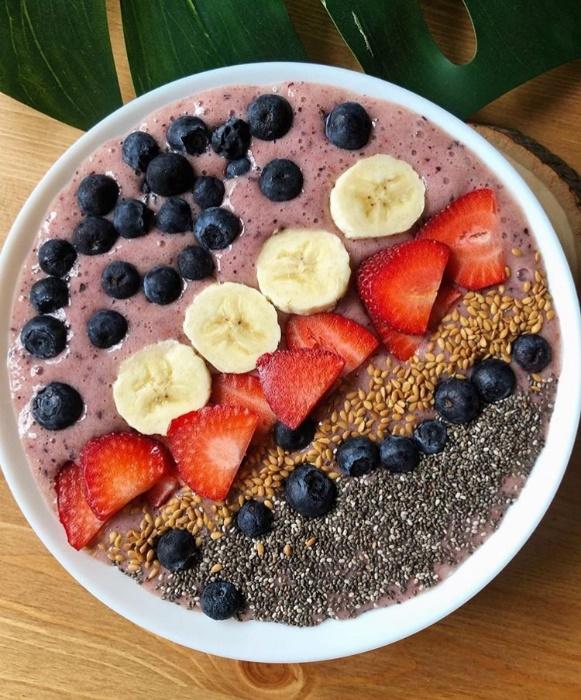 Watch out, wellness-heads: as Instagram-able as your breakfast yoghurt bowl may look with that liberal sprinkling of flaxseeds, you may be doing yourself as much harm as good by eating them. Whatever the benefits of consuming flaxseeds – fibre, vitamins and minerals – these should be balanced against their well-documented anti-testosterone effects.

Flaxseeds contain lignans, plant compounds which bind themselves to testosterone in the blood and force it to be excreted, meaning lower testosterone levels [R].

Flaxseeds also contain high levels of Omega 3 fatty acids, which have also been linked with reductions in testosterone [R].

A number of studies exist showing these effects in action as a result of flaxseed consumption. In a study of 25 men with prostate cancer, supplementing with flaxseed and decreasing overall fat intake was shown to reduce testosterone levels significantly [R].

Similarly, a case study reported daily flaxseed supplements decreased testosterone levels in a woman with polycystic ovary syndrome, a condition which is marked by increased male hormones in women [R].

In our next edition of our bulletin in the war against lower testosterone levels, we’ll be examining five foods that increase testosterone.

We have an article on 20 simple strategies you can employ to raise your testosterone levels.

We have also put together a piece on Bulbine Natalensis — a South African plant that has shown promise in raising lower testosterone levels.

Use Promo Code “resolution 2021” to get your comprehensive program and fight against today’s lower testosterone levels.

One thought on “5 Foods That Lower Testosterone — Avoid These!”