The new mouse study suggests that a healthy microbiome – the collection of bacteria and micro-organisms that inhabit out guts – may be a key factor determining athletic performance.

This new research comes at the same time as other research which suggests that 7 in 10 doctors may be prescribing antibiotics for unnecessary, asymptomatic infections.

“We believed an animal’s collection of gut bacteria, its microbiome, would affect digestive processes and muscle function, as well as motivation for various behaviors, including exercise,” said Theodore Garland, UCR evolutionary physiologist in whose lab the research was conducted.

“Our study reinforces this belief.”

The researchers administered antibiotics to two groups of mice for ten days, one bred for high levels of running and another that was not. Fecal samples confirmed that gut bacteria were reduced in both groups.

By comparison, the behavior of the normal mice was not significantly affected either during the treatment, or afterward.

“A casual exerciser with a minor injury wouldn’t be affected much. But on a world-class athlete, a small setback can be much more magnified,” said Monica McNamara, UCR evolutionary biology doctoral student and the paper’s first author.

“That’s why we wanted to compare the two types of mice.” Knocking out the normal gut microbiome might be compared with an injury. 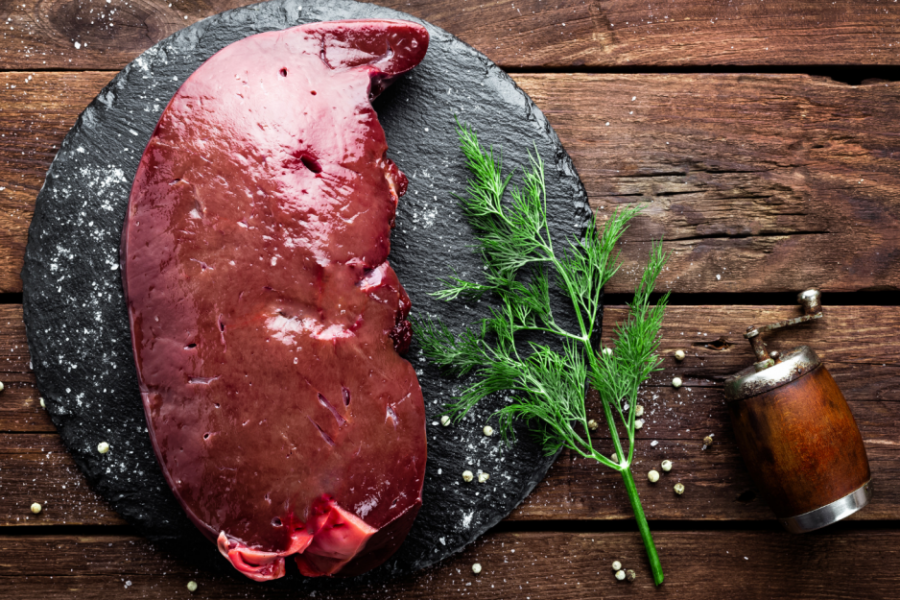 Put simply, beef liver is a multivitamin in a plate.

Other areas of your health might suffer while chowing down on 1800 calories of chicken, rice, and broccoli every day.

You must look to keep your micronutrient consumption high — especially when your energy levels will be through the floor as you diet.

Beef liver can come to the rescue to ensure that you are firing on all cylinders when your body needs it most.

From endocrine to skeletal health, this superfood has got all of your bases covered.

Click here to read more about this amazing superfood and why you should be eating it!

One way the microbiome might affect exercise in mice or in humans is through its ability to produce chemicals that affect muscle performance.

Moving forward, the researchers would like to identify the specific bacteria responsible for increased athletic performance.

“If we can pinpoint the right microbes, there exists the possibility of using them as a therapeutic to help average people exercise more,” Garland said.

Certain foods may also increase desirable gut bacteria. While research into “probiotics” is developing, Garland recommends that those interested in promoting overall health maintain a balanced diet in addition to regular exercise.

“We do know from previous studies that the western diet, high in fat and sugar, can have a negative effect on biodiversity in your gut and likely, by extension, on athletic ability and possibly even on motivation to exercise,” Garland said.