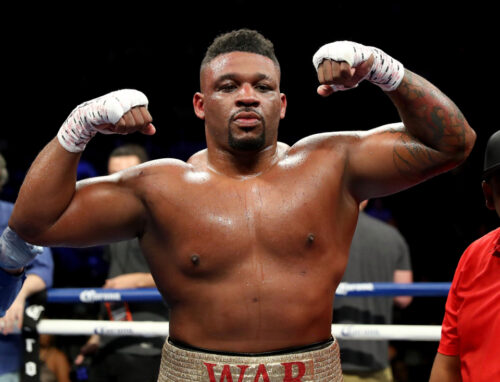 As part of our Ultimate Series on SARMs, which will also include a diary detailing a user’s experience and progress with a SARM stack including Cardarine, we have been considering the uses of various popular SARMs, such as Ostarine, Ligandrol, RAD 140 and Andarine.

Cardarine, which is also known by a variety of names including GW501516, GW1516, GSK-516 and Endurobol, is a PPARδ receptor agonist and not technically a selective androgen receptor modulator (SARM); nonetheless, because of its similar characteristics and effects and because it is regularly stacked with SARMS, Cardarine is generally treated as a SARM.

Cardarine was first developed in a collaboration between Ligand Pharmaceuticals, which also developed the SARM Ligandrol, and GlaxoSmithKline (GSK), in the 1990s. The drug was developed to treat metabolic and cardiovascular diseases, including obesity, diabetes, hyperlipidemia (high lipid levels in the blood) and heart health problems.

In the early 2000s, Cardarine became one of the hottest performance-enhancing substances on the planet, with events coming to a head before and just after the 2008 Beijing Olympics. The International Olympic Committee, the governing body of the Olympics, was concerned that the substance would be used by athletes to enhance their performance at the Games. At the time, no methods were available to test for the substance, because its use was not regulated. A test was then developed and presented to the IOC. In 2009, the World Anti-Doping Agency added Cardarine to its prohibited list of substances.

So what exactly does Cardarine do and how does it do it?

Cardarine has a number of benefits, which have been confirmed in scientific studies:

Research has shown that the PPARδ receptor which Cardarine targets is responsible for metabolic maintenance, in particular with regard to skeletal programming, would healing and mitochondrial respiration. Genes associated with contractile proteins, mitochondrial creation and lipid oxidation are upregulated, with benefits for endurance and fat loss.

In our previous article on Cardarine, we noted the case of Jarrell Miller, the heavyweight boxer whose fight with Anthony Joshua was cancelled when he tested positive for Cardarine. Miller, who had had serious problems with his weight and conditioning, was clearly seeking Cardarine’s endurance-enhancing and potential fat loss benefits.

A 2015 study showed that Cardarine increased the endurance of untrained mice by nearly 69% compared to a control group [R].

In addition to its endurance-enhancing properties, Cardarine enhances fat loss. It does this in a way that is similar to ketosis, a phenomenon we have examined in detail in an article and an eBook dedicated to ketosis for weight loss and muscle gain.

In simple terms, like ketosis Cardarine shifts the body’s metabolism towards using fatty acids as its preferred energy source, as show in the following study [R].

The study showed a significant reduction in fasting plasma triglycerides (-30%), LDL cholesterol (-23%) and liver fat content (-20%) in six overweight subjects. Again, the benefits for an athlete like Jarrell Miller, a heavyweight boxer with serious weight problems, should be clear.

Cardarine has also been shown to increase heart health, including improving circulation [R].

Side Effects of Cardarine

As a result of the animal trials, of all the SARMs Cardarine understandably generates the most concern about side effects. While a gymbro, bodybuilder or professional athlete might be willing to tolerate mood swings or the vision-altering side effects of Andarine in their quest to improve their physical performance, it’s probably safe to say that all but the most hellbent would baulk at the thought of dramatically increasing their risk of cancer to do so.

But is the risk real?

Putting to one side the differences between rodent and human metabolism, what can definitely be said about the early animal trials is that a seriously high dose was administered to the animals, for a long time. In the principal trial in question, the equivalent of 50x the human dose given in trials was administered to the rats for a period of 104 weeks. By contrast, in the human trials that have taken place, in which no real side effects were noted, the doses (up to 10 mg/day) were administered for periods of no longer than 12 weeks.

For a fuller discussion of Cardarine, including its potential side effects and other conversations surrounding the compound, see our previous article on the subject. You must be in no doubt about the potential risks and side effects of using these drugs, which much be balanced against their beneficial effects, which are real, when they are used properly and in the right contexts.

Disclaimer: we are not medical professionals. If you wish to consume SARMs and/or other performance enhancing drugs, we urge that you take the appropriate channels and consult your physician. Please ensure that you request comprehensive bloodwork to protect your health, under the care of your physician.