Cholesterol: What You Should Know About This Much Maligned Substance in 2022

For decades, we’ve been told that cholesterol consumption is, for want of a better word, the Devil. The more cholesterol you eat, the more likely you are to have a heart attack and die. As a result, westerners have ditched cholesterol-rich animal products like never before, replacing them with supposedly healthy plant-and vegetable-based oils. And yet, our health has never been worse. So what’s the deal? In truth, cholesterol is not the devil; rather, it’s essential to general and especially hormonal health, and new research is even showing that it may be more essential to muscle growth than protein.

It’s long been noted that the French consume more butter per capita than any other nation in the world. In 2015, per capita consumption was 8kg, or 17.6lb, per person.

So how could it be that the French aren’t all collapsing in the boulevards and rues from heart attacks caused by heart disease? After all, aren’t we told that saturated fat is just about the worst thing you can eat – a guaranteed early ticket to the afterlife?

Compare obesity levels in France and the US, which has less than a third of the per capita butter consumption of France. I think you probably already have a good idea which is the fatter country – but the margin is quite significant. Whereas in France, 10% of the population is obese, in the US that figure rises to more than 20%. 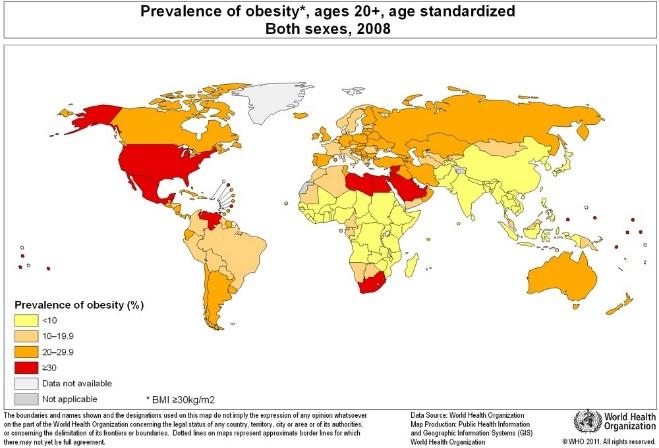 In a recent article, we discussed a study which showed that a low-fat vegetarian diet was the worst possible diet if you want to have optimal testosterone levels. 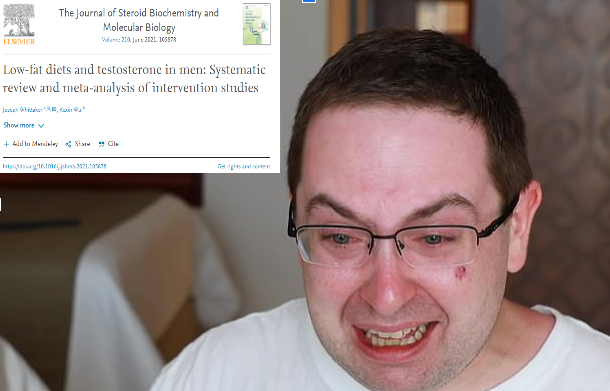 NOOOO! NOT THE HECKIN LOW-FAT-ERINO!

“The University of Worcester study combined a systematic review and meta-analysis. The results of six controlled studies with a total of 206 participants were considered. These studies first put men on a high-fat diet (40% fat), and then transferred them to a low-fat diet (20% fat), and found that it decreases testosterone by 10-15% on average.

Worst of all was the transition to a low-fat diet combined with vegetarianism, which decreases testosterone by up to 26%.”

What is it that unites these two studies in particular? Well, fat, obviously, but more specifically saturated fat and a molecule it contains in abundance: cholesterol. Cholesterol may well be one of the most maligned substances in modern health – it’s probably a toss-up with ‘tobacco’ – but recent research is suggesting that what we’re commonly told about cholesterol is probably totally wrong.

Did you know that eggs can decrease insulin resistance (and that’s a very good thing)? Click here to read more.

So how did we get to the point where we believed the opposite? Let’s find out!

In our article on vegetable oils – which we called ‘one of the worst things you can eat’ – we wrote the following:

The story of how saturated fat – the natural animal products man has sustained himself upon since time immemorial – and cholesterol came to be seen in a negative light is an interesting one; we won’t, however, relate it in detail here, but will instead point you to chapter seven of Catherine Shanahan’s Deep Nutrition for a detailed account. To put it briefly, the process had little to do with good science and everything to do with the personal arrogance and vengefulness of an uncredentialed imposter called Ancel Keys, who had designed the famous K-ration during World War II.

In recent years, the ‘evidence’ behind Keys’ hypothesis that saturated fat consumption is directly correlated with heart disease has been demolished, and his jerrymandering and bad faith have been revealed. What is clear now is that, rather than saturated fats being the cause of the health conditions Keys claimed they were, it is the products he advocated instead, including margarine, that are almost certainly the real culprits. Interestingly enough, even Keys came to renounce his earlier ‘research’; although this has never been part of the public story.

When it comes to good and bad fats, PD Mangan knows what’s up

The Truth about Cholesterol

In our recent article on foods to boost your testosterone, we discussed how saturated fat and cholesterol intake, in particular the consumption of eggs, is actually pro-anabolic, causing increases in testosterone and protein synthesis in the body.

Two studies show the following: 1) that low saturated fat intake is clearly associated with reduced testosterone, and 2) that consuming only egg whites is less anabolic than consuming whole eggs, including the cholesterol-rich yolk.

How about that? Some have even started to refer to cholesterol as ‘the forgotten anabolic’, and not without reason. Back in the Golden Age, Vince Gironda knew that animal fats and cholesterol, especially through eggs, was a surefire way to build muscle. In fact, Vince even claimed that a cycle of 36-eggs-a-day over eight weeks could come close to the effects of a cycle of dianabol, the most popular steroid of the day.

Click here to read about Vince Gironda’s 36-eggs a day diet, a classic Golden Era mass-gainer diet that was informed by Vince’s wide-ranging reading in history, anthropology and the latest scientific research.

Beyond the cholesterol, eggs are one of nature’s most complete foods. As well as being a source of inexpensive, high-quality protein – they contain all nine essential amino acids – eggs are rich in various vitamins and minerals including selenium, zinc, iron and copper and vitamins A, B2, B6, B12, D, E and K.

A low cholesterol intake may be the reason why lacto-ovo vegetarian diets (vegetarian + milk and eggs) generally tend to result in less muscle growth than omnivorous diets even when the same amount of protein is consumed; although it should be noted that lacto-ovo diets are much better than normal vegetarian diets – as shown by the second case study at the beginning of the article. Plant fats contain 100 times less cholesterol than animal fats.

A new study suggests that vegetarianism is more likely to make you depressed. Yet another reason to stick with eating the foods our ancestors have eaten since time immemorial then!

At the same time though it’s worth noting that the quality of plant protein is also significantly less than the quality of animal protein, as we discussed in a recent article on why Europeans tend to be the tallest people in the world (hint: it’s got something to do with eating animal rather than plant protein).

But That’s Not All

The benefits of cholesterol-rich animal fats do not end there. While we’ve been told for many decades now that lowering your cholesterol intake and your blood cholesterol is an unalloyed good, that it will make you healthier and live longer, unfortunately the evidence is now piling up that the opposite is true.

Reducing cholesterol can actually kill you.

For example, one study showed that men who had a recent heart attack and changed to low-cholesterol safflower oil from saturated fat had a 62% increased all-cause death rate.

Another study showed that every 30-point decrease in cholesterol leads to a 22% increased death rate.

Mangan with more truth bombs about cholesterol. The Honolulu study closely reproduces the findings of the Finnish study mentioned below.

In a Finnish study of total cholesterol and mortality among over 75s, those in the highest third of cholesterol had half the death rates of those of the lowest.

Maybe instead of looking to cholesterol when trying to understand risk for coronary heart disease – the biggest killer worldwide – we should instead be looking at factors like insulin resistance and diabetes.

Read about the shocking ‘floating supermarket’ that’s been responsible for an obesity crisis in the Amazon.

One study showed that diabetes was the biggest risk factor for coronary heart disease, whereas LDL – ‘bad’ – cholesterol levels had a very weak correlation.

Did you know that having diabetes reduces testosterone as much as gaining 20lbs of fat?

What does this mean?

So, what should you do? Well, you certainly shouldn’t be afraid of animal fats and cholesterol, that’s for sure. Stop throwing away those egg yolks and start cooking with butter instead. Don’t believe the propaganda that plant-based meats are better for you: they aren’t.

Food scientists have admitted that plant-based meat alternatives are just another variety of unhealthy processed food. They are!

At the same time, you should realise that cholesterol isn’t the only reason you should be favouring high-quality animal fat sources over plant-based and vegetable oils. If you want the full lowdown on why the ‘healthy’ oils we’ve been told to consume are in fact a health nightmare, read our article on vegetable oil, or our recent piece on how soybean oil, the most popular vegetable oil in the US, causes serious genetic dysfunction and neurological damage in mice.