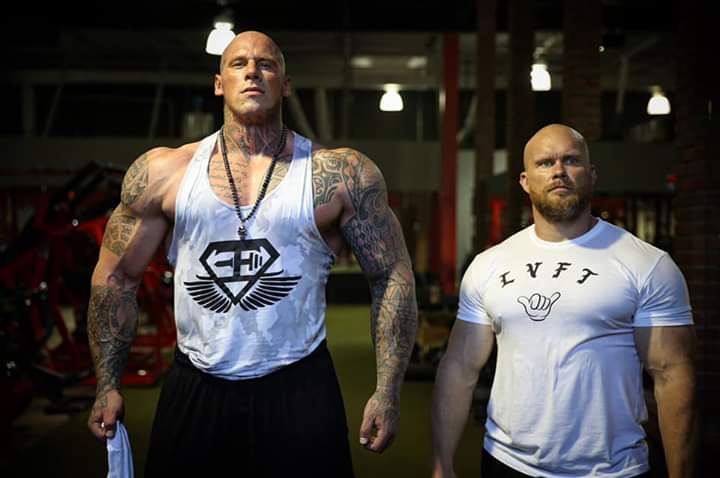 3D deltoids are an oft-coveted muscular achievement, but some never get there.

Although genetics and insertions play a crucial role in determining the shape of one’s muscles, shoulders that pop always turn heads even if they’re not the roundest in the world.

Big arms are a dime a dozen, but wide shoulders atop a torso perched on a narrow waist get everybody mirin’.

But how can you get there?

You’ve been training for a while but don’t see any marked improvement in your shoulders.

I’m sorry to say that you’re just gonna have to go back to the drawing board and hit them harder.

A lot of novice and intermediate lifters practice a bizarre rigidity when it comes to their training splits.

While it is commendable to be disciplined and to stick to your program, you shouldn’t be afraid to hit lagging muscles or muscles you wanna see pop a few more times a week.

For impressive delts, you need to stimulate all three heads — anterior, medial, and posterior.

Many do their pressing variations 2-3 times a week anyway and then throw in a bunch of front raises on top of everything without paying anywhere near as much attention to their posterior (rear) deltoids.

Instead, if they’re particularly interested in getting so-called 3D delts, they could try to isolate these small muscles — medial and posterior heads — 2-3 times a week.

Since heavy pressing movements don’t really stimulate the medial head all that much, the muscle responds well to high volume and high frequency.

The rear deltoids are indirectly used in a lot of movements — from deadlifting to bench pressing — and are prone to overtraining, so proceed with caution, but don’t you dare neglect them.

By including a shoulder day devoted to hitting the medial (side) head of the deltoid as well as targeting the rear, the lifter should look to throw in some lateral raises on their chest and back days.

On chest day, they could do 5×12 of cable lateral raises as a superset with their face-pulls to save time and energy.

(Side note: always do face-pulls after every pressing workout)

This way, all three deltoid heads are receiving stimulation — presses for the front, lateral raises for the side, and face-pulls for the rear.

And, on back day, you could add, say, for example, 3-5 sets of dumbbell side lateral raises for 10-15 reps. I’ve purposefully excluded rear deltoid work on this day, because if you’ve done pulldowns or pullups, be careful not to overtrain your rear deltoids which is very easy to do and can lead to possible complications.

If any deltoid head is still sore from a previous chest or back session, be sure to space it out by an extra day.

I have specifically chosen two separate side and rear deltoid exercises with different strength curves to focus on stressing the muscles at different phases of lengthening/shortening.

For example, with cable lateral raises, the strength curve is pronounced at the beginning of the concentric phase, when the medial head is lengthened; but with dumbbell lateral raises, the strength curve is increased nearer the end of the concentric phase — sometimes forcing lifters to “cheat” in order to complete the rep, which is something we want to avoid at the beginning of the session.

Aside from training alone, there’s nothing more that can be done to improve your presence if you were born with narrow shoulders — you were just dealt a crappy hand.

But, if you have rounded shoulders, there are certain things you can do to broaden your shoulders to give the illusion of extra width.

Add face-pulls and wide-grip cable rows where possible and ease up on the pressing movements until you notice a change in your posture. Anterior pelvic tilt and tight hamstrings can also take away from your showcasing of your hard-earned deltoids.

Also, on the subject of illusion, the rear deltoids, apart from doing wonders for strength gains, shoulder health, posture, and a slew of other advantages contributes significantly to the roundness of the deltoid.

If you want big shoulders, you have to train all three heads.

But you have been warned, all three heads have different temperaments and respond best to slightly different styles of training that can be split across every single session of the week if you’re creative enough to do so.