Eat grass to save the planet!? Crazy new proposal from British scientists, 2022 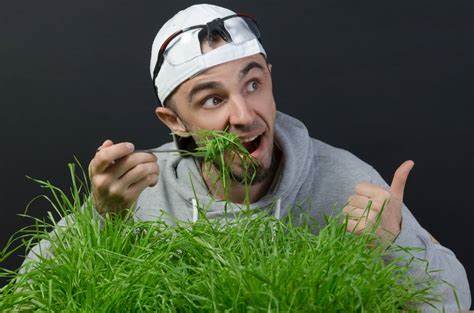 According to researchers, turning Britain’s ample grass supplies into edible food for humans could be a “silver bullet” for UK food supplies, and help turn the country into a net food exporter, as well as helping to save the world from the effects of man-made climate change.

A £2m project, run by the University of Bath and Harper Adams University, is creating technology to turn grass into edible proteins, oils, fibre, vitamins and minerals by breaking down the grass and allowing yeast to feed on it.

Dr Richard Green, head of engineering research at Harper Adams University, said that the potential of the three-year trial is “absolutely enormous”.

“Potentially we could be looking at a 25pc to 50pc increase in UK food production, making the UK a net food exporter,” he told the BBC’s Farming Today programme.

“Grass is massively underutilised in the UK. At the moment, the only way we’ve got of processing it is by feeding it to animals to produce either meat or milk. What we’re proposing is a system that will be 10 times more efficient.”

Commodities such as palm oil and soy protein could be created in the process. “We’re looking to replace pretty much anything that’s brought into the UK,” said Dr Green. 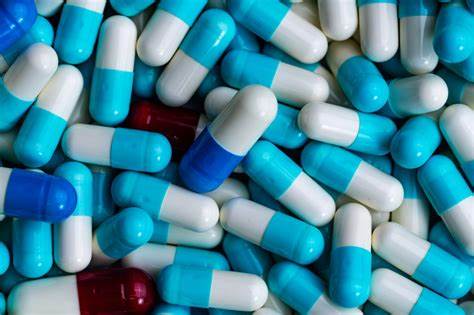 The new mouse study suggests that a healthy microbiome – the collection of bacteria and micro-organisms that inhabit out guts – may be a key factor determining athletic performance.

This new research comes at the same time as other research which suggests that 7 in 10 doctors may be prescribing antibiotics for unnecessary, asymptomatic infections.

The proposal comes at a time of unprecedented attempts to get ordinary people to abandon eating animal products in favour of plant-based alternatives.

Dr Green said the researchers were “not against beef and lamb production” which he said remained very important parts of the farming industry.

He said the work being done by the Pasture to Plate project offered farmers a “brilliant new market for the grass that they’re producing, and it may even be more lucrative than producing meat or dairy”.

“In terms of UK agriculture and UK food production and UK food resilience, this potentially could be the silver bullet. The whole environment is likely to change. We’re going to see new grass factories where we’ve got dairies at the moment.”

Food security is also a matter of concern at present, with widespread shortages and rampant inflation as a result of the war in Ukraine and other pressures, including mysterious fires at food-processing and agricultural facilities around the world. Andrew Bailey, the Bank of England governor, warned earlier this year of “apocalyptic” food prices to come.

But will this mean that we’ll all have to eat grass in the coming years? I, for one, hope that won’t be the case.

Don’t hesitate to email us at [email protected] for personalized coaching and a client questionnaire if you’d like DEDICATED tailor-made personal training on strength training, build-ing muscle, losing fat, developing athleticism, and more — all to your liking, lifestyle, habits, and taste!

Alternatively, you can pick up a FREE eBook on fun-damental strength principles offering an introductory workout program.