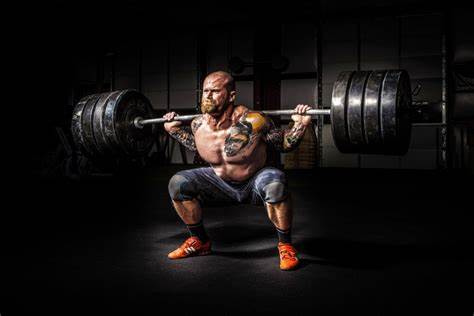 If there’s one lift that is butchered more than any other on the gym floor, it must be the squat. Some people are so afraid of messing it up that they avoid it altogether. And we know that this is a bad life choice.

So, what is it about the humble squat that lends itself to such bad techniques? Well, it’s a fundamentally basic movement that all humans should be capable of achieving (unweighted) and yet now, with the rise of slobbing culture and poor spinal posture, many aren’t.

There are also a seemingly infinite number of versions – front squats, high bar, low bar, zercher squats. For a simple lift, it’s got lots of variables. But hopefully, by the time you’ve finished reading, you will be better empowered to think critically about your own squat and diagnose where you’re going wrong.

Just one more thing, unless otherwise stated, we’ll be dealing with the Low Bar version of the squat in this article. It’s the one with which you can move the most weight and the simplest to pick up.

Mistake #1 – Loose in the shoulders

It shouldn’t make sense. The first issue I am identifying, and one I see so often in gyms up and down the land, is that people aren’t holding the bar tight enough. Surely the main issue with a squat should be a lower body one, right?

The squat is made or broken the moment you get it off the rack. Many people choose an incorrect bar placement, leading to an incorrect elbow position which in turn leads to a poor or inefficient squat. Often when I speak to people about bar placement they have been confused by the high bar/low bar dichotomy and so have settled on a hybrid version of the two.

To clarify, a high bar squat sits on the fleshy part of the traps. A low bar squat sits across the shelf made in the rear delts when you wrench your elbows up and back. There is about 2 inches difference between the two.

Cue for success: for the purposes of this article, we are low bar squatting, so before the bar leaves the rack you must have your shoulder blades drawn together (imagine holding a playing card between them) and down, and your elbows should be pointing behind not down, as far as is comfortable. This is not a particularly nice position to be in, and the first few times you work on it you may feel discomfort. Tough. Nothing worth having ever came easy

In the low bar squat, the chest should not be anywhere near as upright as the high bar squat or the front squat. The ultimate goal is to move weight, and to do that in the most efficient way possible the weight must be centred over the big muscles of the legs – quads, glutes and hamstrings. If your chest comes too upright, the focus of the weight will be off-kilter and this in turn will affect your numbers. Many people I have coached have had the cue “eyes to the horizon” drilled into them, and this may work for high bar, but it is entirely the wrong cue for a low bar squat.

Thinking about your nipples staying parallel with the floor should make your chest angle much more appropriate, but I have witnessed this cue come unstuck when people are still facing their eyes forward. If your eyes are on the floor about 6 feet in front of you, then your head will align, and your neck, and your chest and you will achieve squatting nirvana. Well, maybe not, but at least your chest will be in the right place.

Mistake #3 – not sitting back far enough

Sitting back and loading the hamstring is perhaps the second most important squat feature to be debugged, after a loose shoulder set up. Too many internet-warriors can be heard holding forth on the dreaded “buttwink” as if this rather minor issue will somehow sever your legs from your torso if allowed to go unchecked. I am much more relaxed about buttwink than many coaches and view it as something that can be attributed to a lack of flexibility and a weakness in key muscles. Most importantly it is something that can be overcome relatively easily – and one way that we can take a lot of the buttwink issues out of the equation is by shoving your backside back as far as it can go

Cue for success: Shut the car door with your backside.

After you have de-racked the bar and found your tight position in the top, the next thing on your mental checklist should be loading your hamstrings and shoving your bum back as far as it can go. Imagine that you’ve got your hands full of shopping and you need to shut the car door. Keep this in your mind all the way down. Having that mental connection with your rear will ensure that the muscles of the glutes and hamstring will stay engaged and do the hard work of moving a heavy squat for you.

Mistake #4 – Not getting deep enough

Sadly, the above parallel squat is as common a sight in commercial gyms as a woman taking a picture of her butt. Tellingly, men are often far more guilty of this than girls, who understand that to develop that big bunda they must take the muscle through the full range of motion. Often men are too caught up on moving maximal weight, even though A) moving maximal weight 3 inches above parallel doesn’t count and B) they look like idiots.

No-one is saying that every squat should see your hamstrings touch your calves, and in fact if your goal is to move maximal weight then this is neither necessary nor desirable, but the idea of parallel where your hip crease and knees are in alignment is a worthy and important goal.

There is no cue here, but there is a cure. Chances are if you struggle to hit depth in a squat your tight hips may be to blame. The internet is awash with stretches and ideas but some of my personal favorites are the ‘Couch Stretch’, ‘Banded Hip Distractions’, ‘Pigeon stretch’ and ‘Cossack Squats’.

Once you have worked out which of these will benefit you, try to utilize them three times a week (if you’re serious about improvement). The ‘Couch Stretch’ is particularly easy to employ as you can do this from the comfort of your living room in front of the TV.

Mistake #5 driving with chest or head

If you’ve ever watched a Coach Rippetoe squat video, you will be familiar with the rich Texan bellow of “Hip DRAHHHHVEEE”. And while this meme is very funny, it is also very true. When performing the low bar squat, the hips must act as the agonist, or prime mover, in getting you out of the hole. Too often people squatting in the low bar style allow their head or chest to lead them out of the bottom of the squat position (see Mistake #2)

All the drive and power must come from your bottom half, and be led by your hips.

Cue for success: Imagine a hand on your lower back when you are at the bottom position of your squat.

This hand must be pushed against, upwards, first and foremost for your squat to be successful. Once you push against the hand and get it moving, only then can your chest move (remember nipples to the floor!)

The squat is arguably the most impressive of the big three lifts when done right. Unfortunately, most people do it wrong. Study the advice in this article, and use youtube videos from reputable coaches, and fix the lift that most people flunk. Big numbers and the astonished admiration of gymbros everywhere will be your prize.