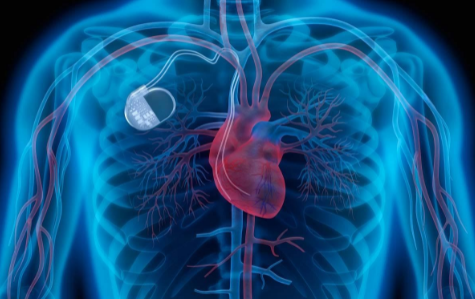 Scientists at a German University have successfully created an implantable AI platform that could help lead an AI revolution in healthcare.

Scientists at the University of Dresden have succeeded in creating a ‘bio-compatible implantable AI platform’ that could  pave the way for real-time monitoring of people’s health. What could possibly go wrong?

AI is already being used in the healthcare system, for instance through the use of machine learning to analyse patient data and identify early signs of illness, and experts predict that its role will expand massively in the coming years. All signs suggest these predictions will be proven true.

Plant-based meat alternatives contain up to TEN times as much sugar and SIX times as much salt as the supposedly unhealthy meat products they are supposed to replace. Click here to read more.

Part of the vision of the future of AI in healthcare involves the implantation of devices into the human body, but until the present the technology has proven elusive.

Now a team of scientists at the University of Dresden have developed an implantable AI platform that allows real-time monitoring of a person’s biological signals, such as heart rate, and can be used to diagnose pathological changes without any supervision from a doctor or other medical professional.

The research team used polymer-based fiber networks that structurally resemble the human brain. Because of the way these networks function, they can amplify very small signal changes – for instance in the heartbeat – that doctors would normally have trouble detecting, let alone analysing.

Why is this never the future we get?

In trials, the AI platform differentiated between healthy heartbeats from three common arrhythmias with an accuracy rate of 88%. The polymer network’s energy consumption was less than a pacemaker’s.

“The vision of combining modern electronics with biology has come a long way in recent years with the development of so-called organic mixed conductors,” explains Matteo Cucchi, lead author of the paper.

A fascinating new study shows that ‘muscle memory’ is real. That’s right, if you’ve built muscle in the past, you’ll build it faster in the future if you take up training again!

“So far, however, successes have been limited to simple electronic components such as individual synapses or sensors. Solving complex tasks has not been possible so far. In our research, we have now taken a crucial step toward realizing this vision. By harnessing the power of neuromorphic computing, such as reservoir computing used here, we have succeeded in not only solving complex classification tasks in real time but we will also potentially be able to do this within the human body. This approach will make it possible to develop further intelligent systems in the future that can help save human lives.”

This technology has a vast array of potential applications, which include monitoring cardiac arrhythmias or complications after surgery and reporting them to doctors and patients via smartphone, allowing for faster and more effective medical interventions.

At the same time, though, the potential concerns, especially with regards to individual privacy and autonomy, should be obvious too. We’ll leave you to figure them out yourself…