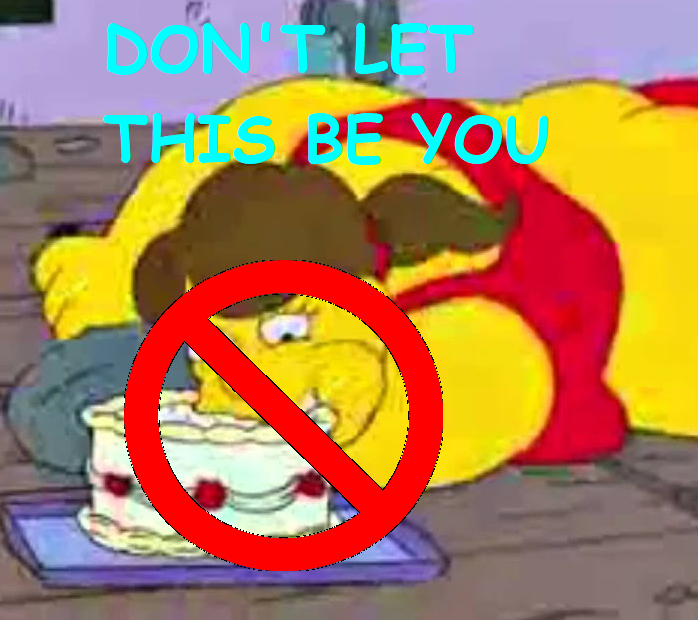 Basically everyone who has ever set foot into the gym has tried dieting to lose weight.

Now, there’s a lot of misinformation, bro science, grift, and promises guaranteeing fast results out there; but here are my worst–and dumbest–mistakes I ever made in my yo-yoing dieting history.

1) “You Don’t Have to Track Protein Intake When Dieting”

You absolutely DO have to track protein intake. Protein, like carbohydrates, have the same caloric value of 4 calories per gram.

For some bizarre reason, I had convinced myself that these calories from protein were null and that I could eat protein to my heart’s content.

In reality, this translated to consuming over 1000 calories a day in protein and being dumbstruck when the scales wouldn’t budge–idiotic!

In my desperation to shift pounds before unrealistic self-imposed deadlines, I would subject myself to hellish torture in an effort to lose fat fast.

Besides this, the diet was completely unsustainable, especially with the excess cardio I was doing.

Following on from the above mistake, I’d overdo the cardio as if I was training for a cross between the Iron Man triathlon and Mr Olympia.

Frankly, it was brutal.

The excessive cardio was CATABOLIC and led to my losing strength.

Yes, I lost a ton of fat, fast; but I had absolutely no energy for other activities.

I was constantly starving and my libido was shot.

Now I wouldn’t recommend doing more than an hour a day–unless you’re a professional athlete or trying to get down to <8% bodyfat.

As a former party animal, it was difficult to steer clear of alcohol for meaningful periods of time while attempting to cut fat.

Being natural, as I’ve previously mentioned, there is very little wriggle room for error when dieting.

Everything has to be on point.

That’s not, to say, that enhanced lifters can flout their diets and expect results; but they don’t have to be as stringent in their approach.

Alcohol is 7 calories per gram of empty calories; and, what’s worse, is that certain beverages can repress fat burning after consumption.

There is literally no benefit in drinking alcohol while dieting.

And in my experience, it’s very difficult to out-diet, out-exercise a weekend warrior’s alcohol consumption.

This, again, stems from a failure to properly track calories.

In my early twenties, as something of a pigheaded so-and-so, I thought I could diet — and by diet, I mean eat 3500 or so calories a day to fuel my training — then double the intake over the weekend, pigeonholed as a “cheat day” to justify my gluttony.

Needless to say, I was disheartened to learn that I had put on nearly 20 pounds in 3 months. What a fool.

My food of choice was pizza.

And my justification for over-indulging in pizza was ridiculous: it has cheese; cheese has protein; I need protein for gains; pizza won’t affect me very much.

In my paltry defense, this was at a time when there was a dearth of fitness YouTubers on the internet.

Cheese, avocados, salmon, nuts–I love fats, but they have to be enjoyed in strict moderation when dieting.

Clocking in at nine calories per gram, you need to keep an eye on your fat intake.

At one point, I was eating a large bag of cashews as a snack as well as a fair bit of cheese.

Right there, I was consuming over 1000 calories a day in fairly useless calories while dieting to LOSE fat.

Granted, it got me “bear mode,” but was, overall, extremely unhelpful to my ideal body composition.

7. Trying to Out-Exercise a Bad Diet

Burning fat is nothing more than calories in, calories out.

To reiterate, it’s a form of accounting adjustment: your Assets are your base metabolic rate, Debt is a caloric deficit, and Equity is a caloric surplus.

Unfortunately, this corporation pays its dividends in the form of fat gain, but attempting to burn off overeating by exercise is a lot harder than it might sound.

You’re going to struggle doing it at a caloric deficit through strategic dieting.

Furthermore, attempting to torch 1000 calories through exercise might eat into your overall recovery and make you hungry!

Wide-eyed idealists might want to shed 3-4 pounds a week by a certain date crash dieting; but the reality is, more often than not, they will fall short of their goal and end up gain everything they lost, and then some.

In my early 20s I set so many unrealistic goals.

Even at my most disciplined, I failed to hit my goals and ended losing control of my weight gain for several years.

It was only when I slowed down in my approach, and curtailed my excesses, I could reach my goals through sustainable dieting.

And the aim of the game is find a comfortable, sustainable healthy weight to maintain instead of yo-yo dieting ad infinitum.

Instead, tens of thousands of people strive to walk around at peeled bodyfat percentages — which they never reach.

This mistake perhaps took the longest for me to unlearn.

Plagued by disappointment in oft-failed yo-yo dieting, the gradualist approach became my only recourse.

And yes, dieting — it’s frustrating as hell, it’s slow as hell, you’re punished for food-related indiscretions, but it teaches discipline and patience — both of which are qualities immensely lacking in this day and age.

9. Grossly Overestimating My Base Metabolic Rate

I legit thought my required daily caloric intake was around 3500 calories a day for the longest time.

How I was mistaken.

Using one of those free online calorie calculators, plus adding my own lean bodyweight calculations, I came to the conclusion I needed a massive amount a day–while natural–to maintain my bodyweight.

I wasn’t wrong; not only did I maintain my bodyweight, but I added to it.

One pound of lean muscle tissue can increase one’s base metabolic rate by 20-30 calories per day.

Now, that I’m older, hopefully wiser, and bigger I have come to terms that I don’t need all that much food to stay in shape and keep strength.

Those former fitness grifters who would boast about needing 4000 calories a day to maintain their above-average, but ripped, physiques misled a lot of people.

At the end of the day, I only had myself to blame.

10. Too Much Importance Placed on Supplements

Yes, yes, yes, I was one of those people who thought that clever and illicit supplementation could override a poor diet.

Heck, I envied those enhanced bros supping on T3, Clen, Var, Tren, DNP, or whatever it was they were taking to stay shredded — I still had my natty status.

However, while remaining natural, I thought that chugging tons of green tea, coffee, and diet energy drinks would offset my caloric surpluses.

Maybe throwing in some ginger, capsicum, and turmeric could help, no?

Of course not, I was very much mistaken.

The only thing that matters when dieting to lose fat is calories in, calories out.

Stop the gimmicks, stop buying into the highest lucrative inert shortcuts; the only way to lose fat is to be in a caloric deficit — and I had to learn that the hard way.

We have various resources to help you with dieting and to begin your success story.

From FREE eBooks listed below to dozens of articles, we hope to motivate you to commence your weight loss journey today.

We also have a secret magic fat burning potion that can help you do more and eat less — the fundamentals to dieting to lose fat.

Click here if you wish to take a peek at this article for a homemade fat burner that can help you lose fat, reduce insulin resistance, reduce inflammation, and boost your testosterone levels.

Apart from that, you can click below to find out how popular youtubers tussled with their early dieting experiences. 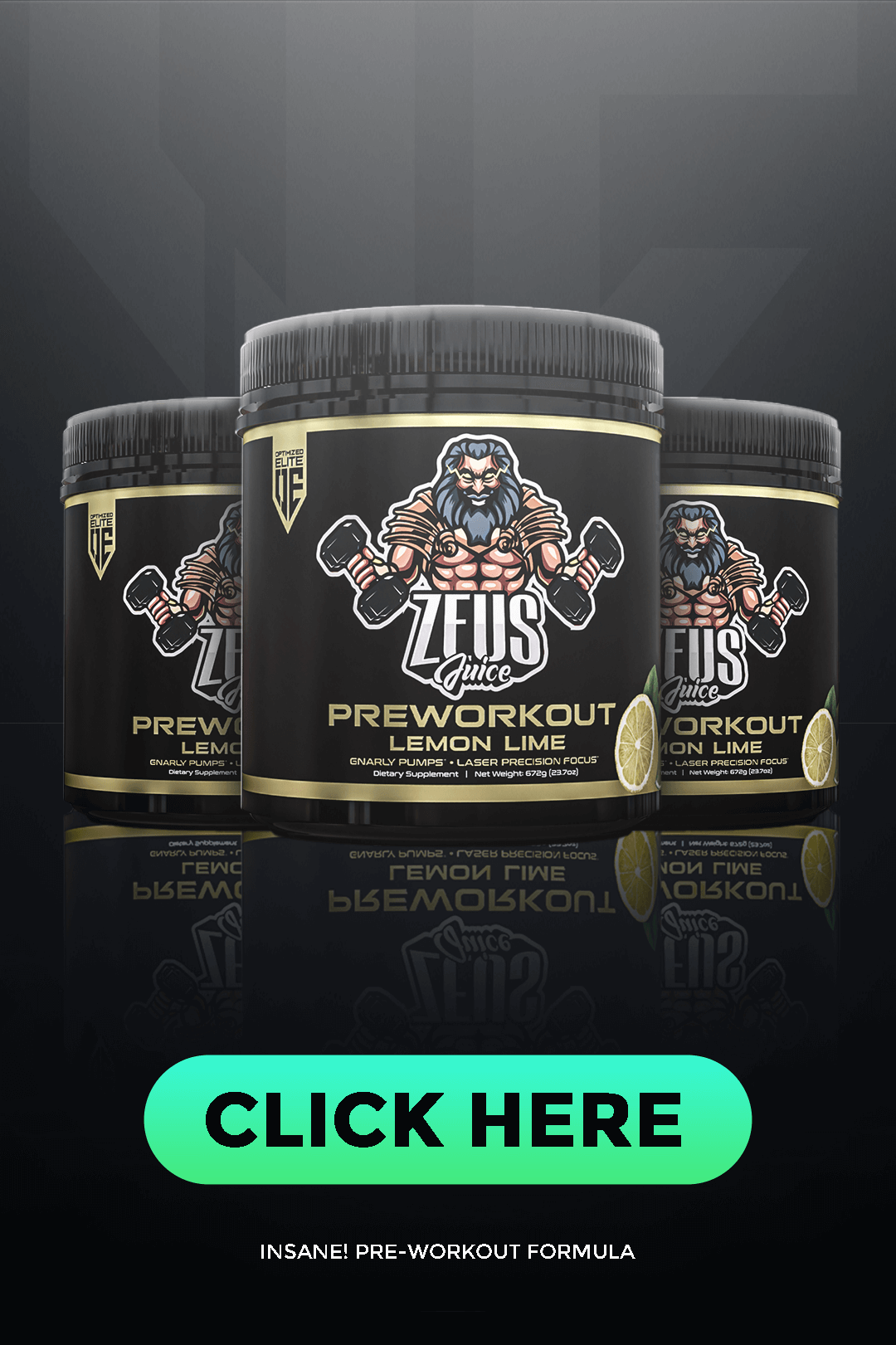 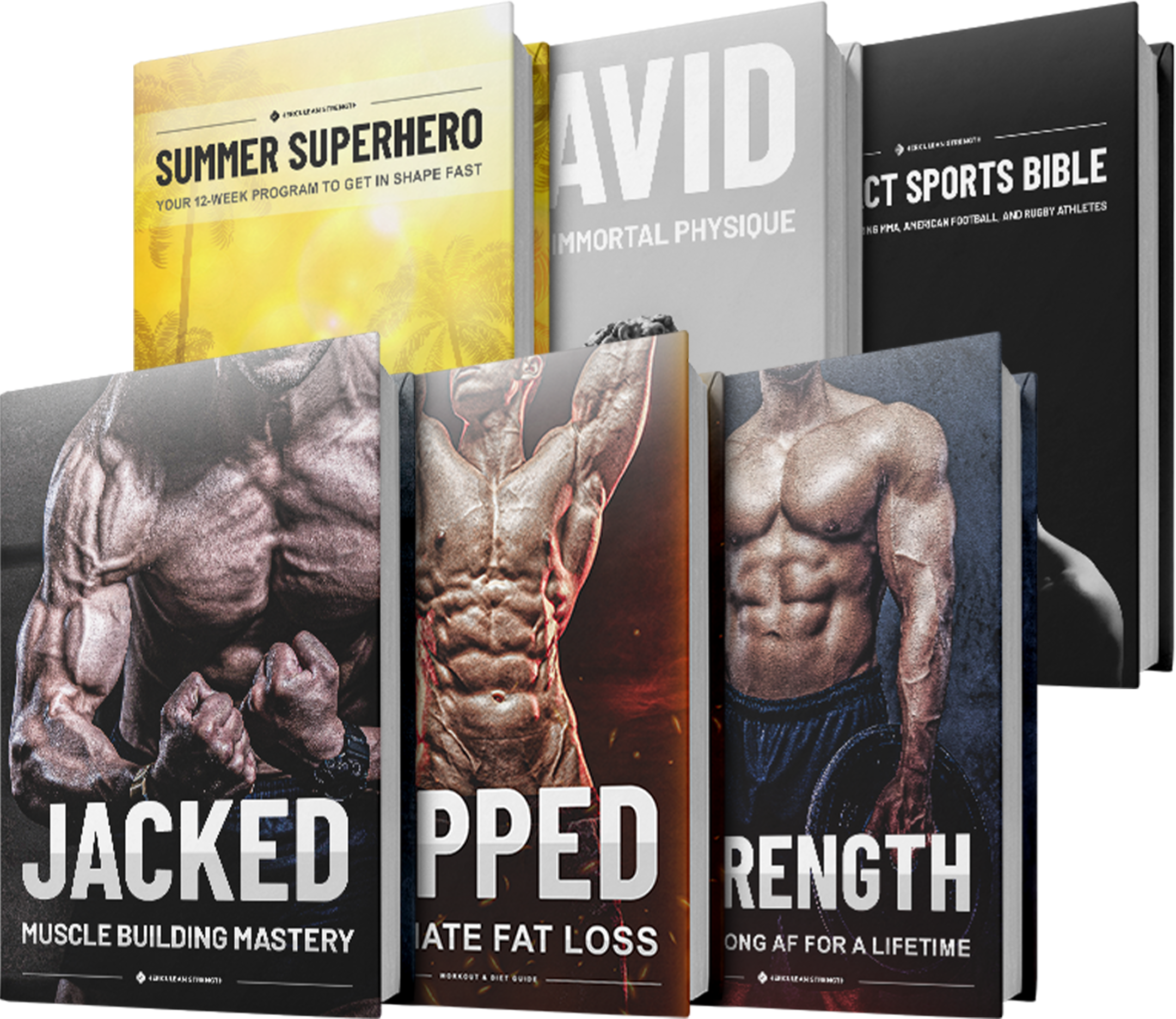