According to a new study, obesity reduces energy levels by effecting negative changes to the body on a cellular level, forcing them to work less efficiently.

The changes took place to the mitochondria, organelles that are found in almost every kind of cell in the human body, including bone as well as fat and muscle. One of the mitochondria’s primary functions is to generate energy for the cells to function, and so if this function is reduced, it has important implications for the body’s ability to manage energy – and therefore weight. 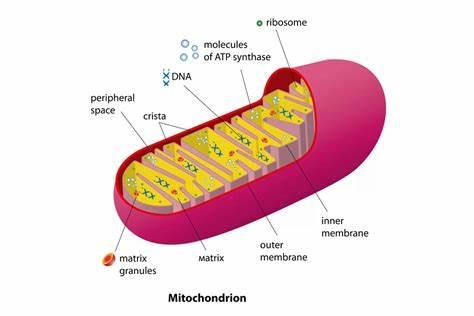 A total of 49 pairs of identical twins of differing body weights participated in the study, which was conducted at the University of Helsinki. Each twin’s body composition and metabolism were studied, including the collection of biopsies from adipose and muscle tissue. Multiple techniques for analysing gene expression were used to provide evidence of metabolic efficiency.

The study clearly showed that the poor performance of the mitochondria in the adipose tissue of the overweight subjects is linked to a pro-inflammatory state. Being in a pro-inflammatory state, often referred to as chronic inflammation, is a serious risk factor for various chronic diseases. The overweight subjects also suffered increased far accumulation in the liver, prediabetic disorders including insulin resistance and blood lipid problems.

“If mitochondria, the cellular powerplants, are compared to the engine of a car, you could say that the power output decreases as weight increases. A low-powered mitochondrial engine may also generate toxic exhaust fumes, which can cause a proinflammatory state in adipose tissue and, consequently, the onset of diseases associated with obesity,” said Professor Kirsi Pietiläinen from the Obesity Research Unit, University of Helsinki.

Twins were used because of their shared genetics, which makes it easier to investigate the effects of nature vs nurture. “Identical twins have the same genes, and their weight is usually fairly similar. In fact, studying twins is the best way to investigate the interplay between genes and lifestyle. In spite of their identical genome, the genes and even mitochondria of twins can function on different activity levels. We utilised this characteristic in our study when looking into the effects of weight on tissue function,” Pietiläinen added.

The study adds to the growing understanding that obesity is a snowball-effect phenomenon, gathering a momentum of its own. In our series of articles on testosterone, for instance, we have been discussing the hormonal changes associated with being fat; in particular, the estrogenic effects of fat tissue, which make the body produce yet more fat. See also this study.

Perhaps one of the key takeaways of this growing understanding is that it’s much better not to get fat in the first place. Please keep scrolling if you wish to download a free guide to lose fat and optimize your bodily functions.