Return to Tradition? In Primitive Rural Areas, Older Men Have the Same Testosterone Levels as Younger Men, in Stunning Revelation

It’s generally seen as a truism that after the age of 30, a man’s testosterone levels decrease at a rate of about 1% a year for the rest of his life. We’ve even reported this in our many articles on testosterone, including on the global collapse in testosterone levels across the developed world, and we just assumed it was a fact of life for a man. A fascinating study from 2009, however, suggests that this actually needn’t be so. All you need to do to buck this trend is…

The return to tradition meme should be a familiar one to many of you, in both its serious and more humorous iterations, and we’ve actually already reported on another study that suggests there’s definitely something to it. In that study, from 2021, researchers showed that taking a four-day break outdoors and mimicking the life of a hunter-gatherer could have serious benefits in reducing stress levels and helping manage weight.

Not all return-to-tradition memes are entirely serious

To mimic the beneficial effects of the 2009 study, however, would require a more serious commitment to the trad life than taking a four-day hike in a National Park. In fact, what you’d have to do is move to rural Bolivia and live the hard, hard life of a peasant.

The researchers began from the premise that environmental factors, especially stresses, play a key role in the modulation of hormone levels. They wanted to assess the relationship, in particular, between testosterone and circadian rhythms, and how these were altered with the seasons. Rural Bolivia was chosen for a number of reasons: because of the harsh variation in seasonal conditions, and because it was not an industrial society, where most studies of seasonal and age-related testosterone variation had until that point been carried out.

Saliva samples were taken from 65 men living in rural communities to the south of La Paz, the Bolivian capital, across the seasons of the year. What the researchers found, first of all, was that there was no relationship between age and testosterone levels, as shown in the graph below, where the black circles represent older men, and the crosses younger men.

Findings from the few reports for non-industrialized populations are mixed (Beall et al., 1992; Bentley et al., 1993; Bribiescas, 1996; Campbell et al., 2003; Ellison et al., 1989a, 2002), some observing an age-related T decline, others not, even within the same population. This inconsistency may be the result of some studies having relatively fewer men at much older ages, but 51 of the 115 participants in Study A were 40 years of age. However, all men were younger than 60 years of age in both of the present studies. Although it may be that T declines in rural Bolivian men at ages >60 years, no significant decline at younger ages was detected in these studies.’

Click here to read about why you should be taking sleep seriously in 2021.

Although, as the researchers note, the people may sleep longer during the winter period, it is not a cosy time to be alive, to put it mildly.

‘The days are short, mean low temperatures are typically several degrees below freezing, and dust storms are not uncommon. People may sleep longer, but perhaps less comfortably as fuels are too precious for most to use for heating homes. Food stores are declining, and many families are unable to purchase more foodstuffs. Documented responses to seasonal nutritional stress in the Andes include reduced activity levels.’

The stress of these harsh winters is almost certainly what makes the peasants’ levels decrease as they do. At the same time, though, this season variation may have a protective effect, and the researchers suggest that it could explain why these Bolivian men’s testosterone levels do not decrease as they age.

‘The evidence of seasonal variation and the absence of an age-related T decline in these rural Bolivians implies that the dynamic responsiveness of the male gonadal axis to behavioral, psychosocial, and/ or environmental contexts may, at least to some extent, moderate the trajectory of age-related change in the axis.’

The greatest heavyweight mixed martial artist of all time takes an ice bath for Orthodox Epiphany. Perhaps we could all take a page out of the Russian book of manliness?

All of which begs the question: is there a realistic way to replicate these effects in industrialised societies?

Further research will be needed to substantiate this, but it may plausibly be the case that ‘shock tactics’ like cold showers and intermittent fasting could one day have key roles to play in reversing what has until now been considered an inevitable part of the male aging process. Comfort may be the real enemy in the war on low testosterone. 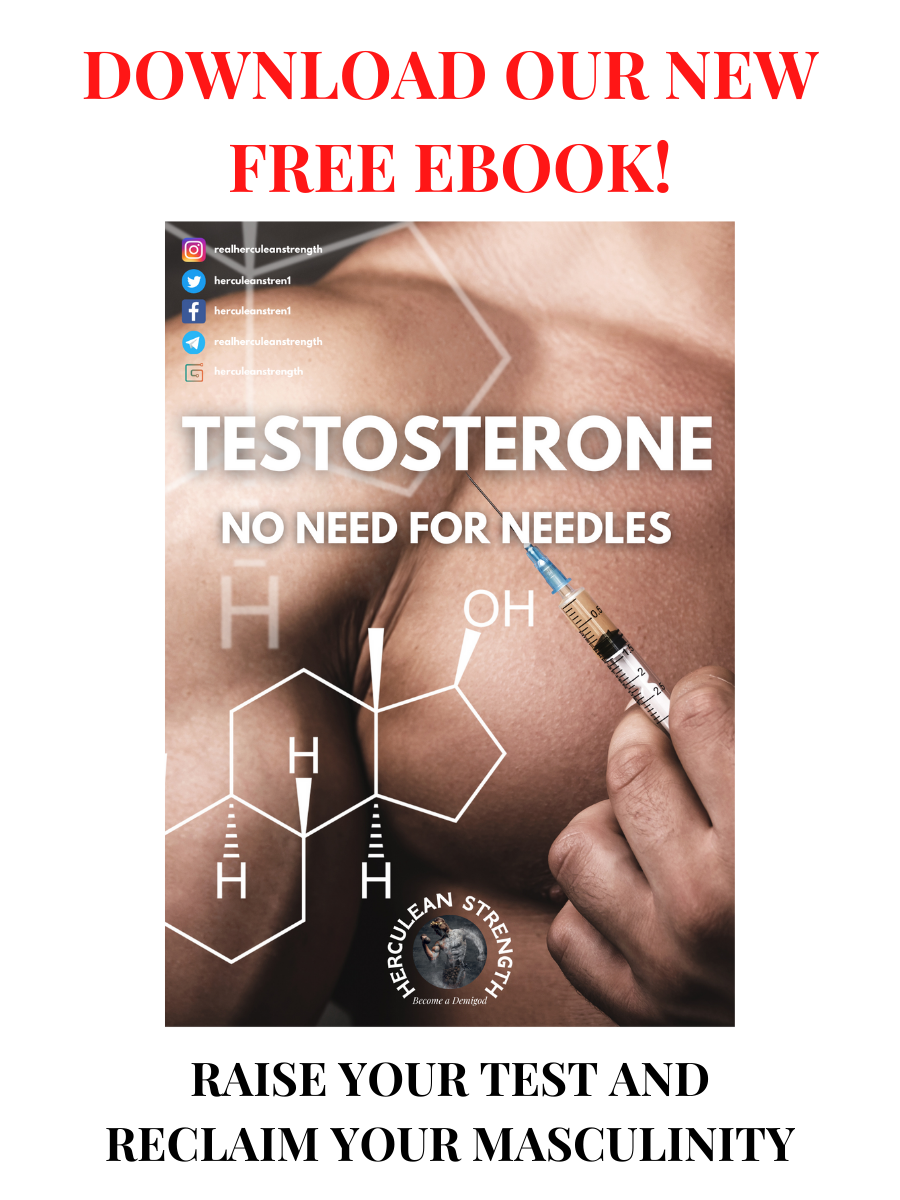 Five steps to fix your rubbish overhead press in 2023