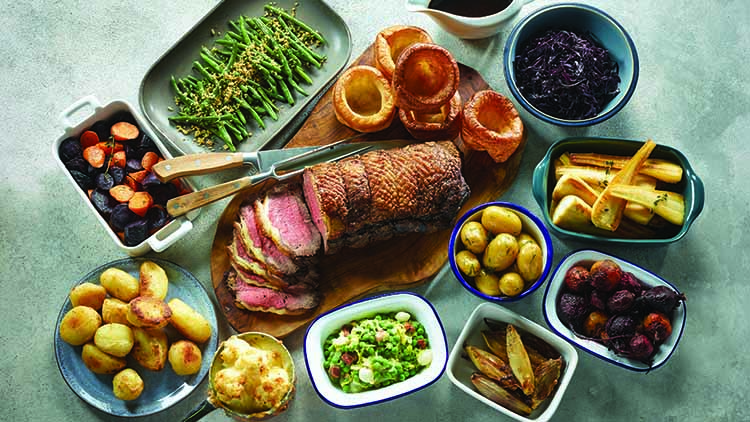 Researchers at Portsmouth University in the UK claim that eating a roast dinner, or equivalent meal, every day would be the equivalent of eating two plastic bags a year.

The shocking claim was aired on the British TV show, Good Morning Britain, and is yet more alarming evidence of the extent of microplastic pollution of the food chain.

Good Morning Britain reporter Michelle Morrison made two identical roast dinners (chicken, potatoes, carrots, broccoli, and Yorkshire puddings) for the researchers to test, one with pre-packaged goods and the other with goods that mostly came without plastic packaging.

Dr. Faye Coucerio, an expert from Portsmouth University, said: “It would appear that the majority of microplastics in our food come from the plastic packaging it is wrapped in.

“However, there are other ways that plastic can enter the food chain. It could be getting into the vegetables through the soil or into our meat through grazing.

Air has lots of microplastics in it too so they could be falling on top of the food. And finally, it could be from the cooking utensils used when preparing a meal.”

“Usually food samples are analysed for microplastics in their raw state under laboratory conditions.

“This study differs because we chose to look at what was actually on your plate after the food had been cooked.

“Instead of a sterile laboratory, the food was cooked in a normal kitchen so it is likely the microplastics will come from a combination of within the food, the packaging, cooking utensils and the air.”