Lifestyle Improvements Can Have Huge Impact on Testosterone Levels of Over 50s: STUDY 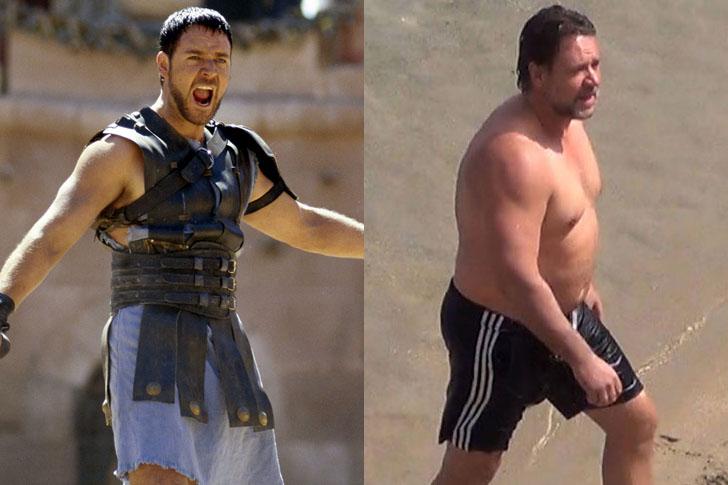 From Maximus Decimus Meridius, commander of the legions of the north, to Maximus Waistlinus, master of the all-you-can-eat buffet

Over the course of the past few months, we’ve written extensively on testosterone: what it is, what it does, why you should be concerned that levels are falling precipitously and what you can do, as a man, to restore optimal levels in your body.

Our amazing new FREE ebook on testosterone. Who else gives you amazing products like this FOR FREE apart from Herculean Strength?

Putting aside the effects of toxic estrogenic chemicals on testosterone levels in the developed world – especially industrial xenoestrogens and naturally occurring phytoestrogens such as hops – falling testosterone levels are generally treated as a fact of life for men as they age. It is commonly accepted that a man can expect to lose 1% of his testosterone every year after 30.

As is often the case, things may not be quite as simple as they first appear, and the observation that men ‘naturally’ lose testosterone as they age may have less to do with nature taking its course than other factors coming into play. For example, sleep is a crucial factor in testosterone production, and it appears to be the case that older men have less testosterone because they don’t sleep as well as younger men.

The tendency among men as they age is to become less healthy: to put on weight, to exhibit increased insulin resistance, to develop cardiovascular disease and to suffer from increased levels of stress. Studies – one and two – have linked these changes to declines in testosterone.

The relationship between these changes and changing activity levels – and testosterone, as a result – clearly deserves mention, although it is a complicated subject. Most people would make the assumption that as men age, their activity levels tend to decrease (as women’s do, too), making them less healthy, and might therefore suppose that this decrease in activity is one factor in why testosterone levels in older men tend to be lower. But while it is well known from longitudinal studies that fat-free mass definitely tends to decrease with age, some studies claim that this has no relationship with activity levels.

The results of an interesting Japanese study, from the University of Tsukuba, suggest that simple interventions to increase activity levels in older men can have a significant impact on testosterone levels.

The researchers took 44 fat (BMI>29), inactive men in their fifties and got them to do an hour of supervised exercise three times a week for a total of 12 weeks. The exercise consisted of no more than brisk walking and jogging.

What happened? As well as losing an average of almost 12kg of weight, various markers of health were improved (LDL cholesterol, triglycerides and insulin) and the men became fitter, with lower blood pressure. 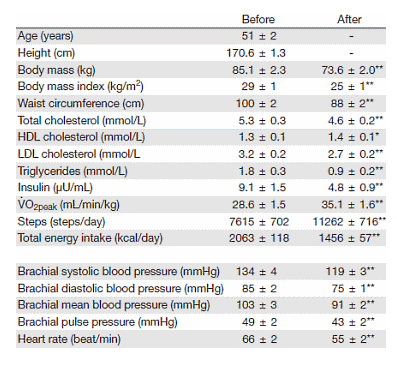 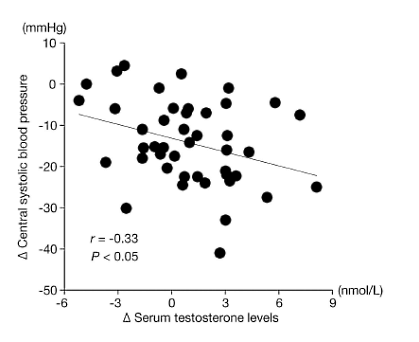 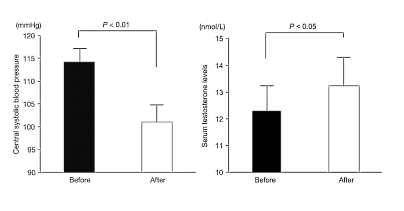 Although the researchers suggest that the increase in testosterone caused the decrease in blood pressure, there is good reason to think that actually it’s the other way round.

The conclusion to be drawn, then, is that simple interventions can have serious ramifications. No one is too old or too unfit to improve their life significantly by taking control of their diet and lifestyle.

We also have an article detailing how it is easier to get into the shape of your life after your twenties.