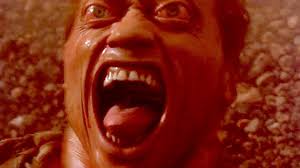 Some preworkouts maybe expensive, ineffective, or simply left you developing a caffeine tolerance after much clammy jitteriness.

While it’s wise to take a break from preworkout every once in a while to help reset your tolerance level, you may feel that your workouts have taken a hit without your favorite powders.

Alternatively, you could be new to lifting and/or on a budget. Preworkouts can be quite expensive — a month’s worth can cost up to $50 or more.

I’ve been broke before — and it’s not fun.

You can’t afford complete supplementation and you may have to make numerous sacrifices when balancing a budget and reaching your goals.

While preworkout powders are far easier on the palate, I was recently locked down due to the pandemic and resorted to using other, more commonly acquired, commonplace home ingredients to help chase a pump at my (home) gym.

Here are the ingredients:

A tall glass (300ml) of watermelon or pomegranate juice.

Provided you’ve had a protein-rich meal 1-3 hours before training, you don’t need to do anything fancy protein-wise. But you should eat a carb and protein-rich meal 1-2 hours after training to refuel depleted glycogen stores and repair damaged tissue.

The ingredients mimic much of the effects of a powdered preworkout — although they might not be as noticeable.

Looking at the ingredients of many preworkouts, one of the key ingredients is caffeine anhydrous — which, as we all know, can be obtained via coffee.

Other ingredients in preworkouts promote focus and energy for lengthier workouts. Again, unless you’re extremely caffeine tolerant, most people should be piqued to workout efficiently through a strong black coffee.

Garlic contains a sulfur-based property called allicin that can acts as a potent vasodilator, assisting you with obtaining that much-coveted pump.

Likewise, the intra-workout watermelon juice boasts a healthy serving of L-citrulline — a key active ingredient in many popular preworkouts — to prolong your pump, by improving circulation, as well as fast-releasing energy to help you through your workout.

Cinnamon can help improve insulin sensitivity — which is crucially important when it comes to achieving a good body composition.

Ginger is one of the healthiest spices you can consume. Vigorous exercise can make some people nauseous — as might swallowing garlic — and ginger contains properties that can help combat nausea. One of ginger’s bioactive components is gingerol which is a powerful antioxidant and can reduce chronic inflammation.

Yes, this preworkout might be a little gross to some. The idea of swallowing whole garlic isn’t too appealing for a lot of people. And many out there might not be too keen on black coffee — enter the honey, ginger, and cinnamon.

This is merely an alternative to forking out $40 for a tub of preworkout from an untrustworthy provider with suboptimal dosages or memed marketable ingredients that lack bioavailability and make you feel like a strung out tweaker.

However, if you’re willing to fork out some cash on a decent preworkout, I’ve always had decent workouts with various broken PRs on Mr Hyde. It does, however, contain a massive caffeine dose, so I would recommend trying half a scoop until your tolerance catches up.

One problem with may preworkouts is that they contain a suboptimal dose of creatine monohydrate. Most lifters should be aiming for 5-10 grams of creatine a day, whereas a surprisingly large quantity of preworkouts contain around 3 grams per scoop.