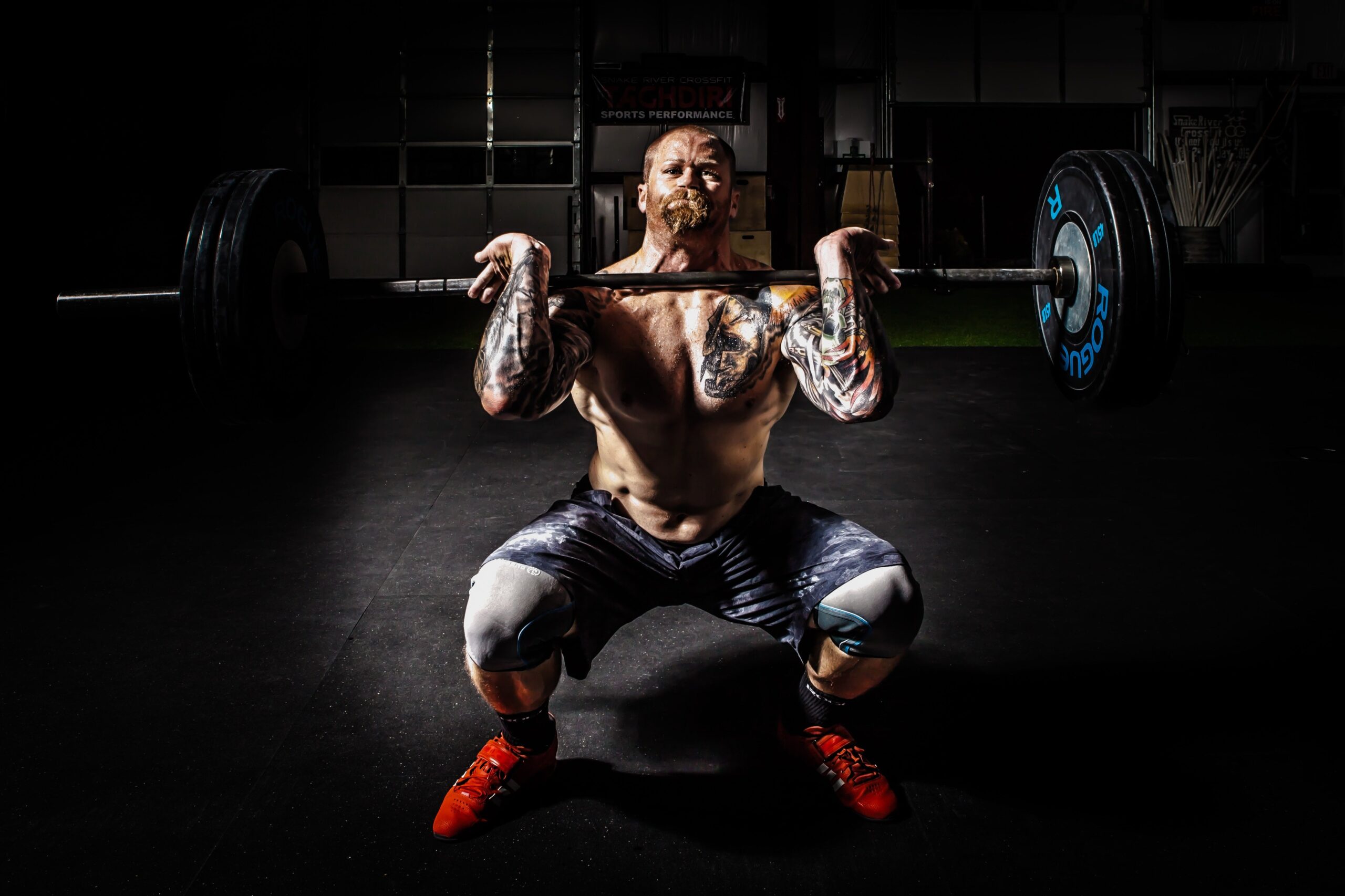 If you’re an athlete then chances are, you are looking for every little edge that can improve your performance.

If this is you then you’ve made it to the right place, because today we’re going to be diving into the Ultimate supplementation guide for athletes.

Whether you’re a basketball player looking to increase your vertical and throw down dunks like Lebron James, or you’re a wrestler looking to improve your endurance so that you’re not gassed during those later rounds…

Whatever the case may be, there’s a supplement that will help you with your goals, and we’re going to be looking at several of them.

So without further ado, let’s get into it!

The Ultimate Supplementation Guide For Athletes

As an athlete, you should already be following your workouts, diets, and practice routines to a T.

If you’re not, then that’s what you should be focusing on before adding supplements, because those are the foundations of your athletic performance.

An athlete with a bad workout and diet, but takes good supplements, would be like trying to drive a car with square wheels but REALLY good fuel…

With that being said, if your diet is in check and you’re staying consistent with your workouts, then we can move on to the ultimate supplementation guide for athletes.

These three components will skyrocket your results on the court, field, whatever.

Keep in mind, most hardcore preworkouts have many, if not all of these ingredients and can most certainly be used to enhance athletic performance.

I’d recommend using all of these supplements, because as an athlete, every little bit counts.

But, if you’re skeptical, or are tight on money, then it will be important for you to find which category needs the most improvement.

For example, if you’re a basketball player, strength isn’t nearly as important as developing explosive power and crazy endurance.

Likewise, if you’re a powerlifter, then you’d want to focus on explosive power, and strength, and have endurance take a backseat.

Again, I’d recommend using everything you can, because the last thing anyone wants is to lose that extra 1% that you could’ve influenced…

With that being said, here are the categories and the supplements at a glance:

Another thing to note before we fully move on…

Although each supplement is focused in their own category, they will improve your performance across the board.

For example, creatine’s main focus is building strength and muscle, but it also drastically improves your power and endurance.

One more time, each of these supplements will improve your athletic performance as a whole, but will heavily influence their main category.

First off, we have improving strength, and there’s two ways supplements can help us do this.

The first way is to help build lean and powerful muscle.

The second way is to help our existing muscles perform better.

Although there’s many different supplements that all claim to help build muscle and whatnot, there’s two main ones we’re going to be focusing on.

These two supplements are:

Both of these will help build muscle, but creatine is arguably the most important supplement on this whole list, as it’s been consistently shown to be the best natural workout supplement.

To put that in simple terms, it means your muscles are able to work harder with the same amount of fuel.

Creatine has many benefits, below are just a few of them:

On top of this, Creatine is also by far the most researched fitness supplement out there, meaning you can take it and be rest assured you will not experience abnormal side effects.

In fact, here’s what researchers have to say about creatine:

Not only that, but also:

“Creatine monohydrate supplementation is not only safe, but possibly beneficial in regard to preventing injury and/or management of select medical conditions when taken within recommended guidelines” [R]

Overall, if you’re an athlete, then make sure you’re getting at least 3-5g of creatine a day. Skipping out on creatine is a HUGE mistake and will put you at a severe disadvantage with any of your competition that DOES take creatine.

Next we have Whey and casein protein.

We all know that you need protein in order to build muscle, recover from workouts, and more.

That’s why supplementing with protein can be extremely beneficial after a workout.

Your muscles will be tired and starving for nutrients, and when you drink a protein shake immediately after your workout, then you’re giving your muscles the EXACT nutrients it needs to rebuild itself even stronger than before.

Next we have improving power. Many people think power is the same as strength but that’s not the case.

Power is arguably the most important aspect for athletes… ESPECIALLY basketball & football players.

When I was training for a 42-inch vertical, explosive power was a huge part of that, and even more so for football players who have to explode into sprints or other players.

Once again to recap, power is force produced in a quick manner.

There are 2 main supplements we’ll look at to help improve power: ● Caffeine

Caffeine can be found in many pre-workouts, coffee, and various Teas.

Fun fact however, caffeine was actually a BANNED substance in the olympics because it gave the users such an unfair advantage.

In fact here’s what studies have to say about caffeine’s effects on athletic performance:

“Aerobic endurance appears to be the form of exercise with the most consistent moderate-to-large benefits from caf eine use, although the magnitude of its ef ects dif ers between individuals. Caf eine has consistently been shown to improve exercise performance when consumed in doses of 3-6 mg/kg body mass. Minimal ef ective doses of caf eine currently remain unclear but they may be as low as 2 mg/kg body mass. Caf eine appears to improve physical performance in both trained and untrained individuals.” [R]

All in all, caffeine is a powerful substance for improving your athletic performance.

That being said, do your best to avoid caffeine at least 8 hours before bedtime, so that you can still get effective sleep and recover from your intense workouts.

These three are grouped together due to the fact that you can often find combo pills that have these, and because of their synergistic nature when all taken together.

Each of these will help to improve athleticism by helping your body produce testosterone.

Testosterone has been linked to improved athleticism, strength, and muscle building, all of which are extremely beneficial for athletes.

On top of that, Zinc, Magnesium, and Vitamin D will also help you to recover from your workouts more effectively.

Again, you can often find Zinc, Magnesium, And Vitamin D in a combo pill. When I first started taking them, I would just get the bottle from Walmart and the results were still outstanding.

Lastly, we have improving endurance, an aspect that will help in just about every sport out there.

If you’re a track runner, you’ll be able to run for MUCH longer before getting winded.

If you’re a wrestler, then you’ll be able to easily outlast your opponent, and make that critical takedown in those later rounds.

Overall, improving your endurance will yield huge resorts on the field.

We’ll be looking at these two main supplements:

As I said earlier, you can often find pre-workouts that have these ingredients in them, but you could always just order these supplements online in bulk if that suits your needs.

To keep things super simple, Beta Alanine helps your body to eliminate more lactic acid than it’s capable of on its own.

This is important because lactic acid is the chemical that causes you to feel sore and tired in your muscles.

When you supplement with Beta-Alanine, it takes longer for you to get tired during exercises, and you won’t be nearly as sore afterwards.

Moral of the story, Beta-Alanine can drastically improve your athletic performance, and should be a staples supplement before a track meet, or any other sport that requires good endurance.

Sodium phosphate is a simple little substance, but its effects cannot be understated.

Sodium phosphate has been shown to improve Lung Function, and during a workout that means better breathing and more oxygen intake.

More oxygen means more energy, and it also means you’ll be able to exercise for longer periods of time.

Overall, sodium phosphate and beta-alanine are great when taken by themselves, but when you take them together, your endurance will improve by a huge deal.

Overall, whether you play tennis, golf, football, basketball, etc. these supplements will most certainly help you take your game to the next level.

Just remember, that supplements are meant to SUPPLEMENT your good diet and workout routine, and not replace it completely.

Make sure to check out the other articles here at Herculean Strength, for even more info on how to build muscle, lose, fat, and increase workout performance.