A new study from Tufts University has shown that children and adolescents now consume 2/3 of their calories from ultra-processed foods, up from 61% in 1999. This is bad news indeed. 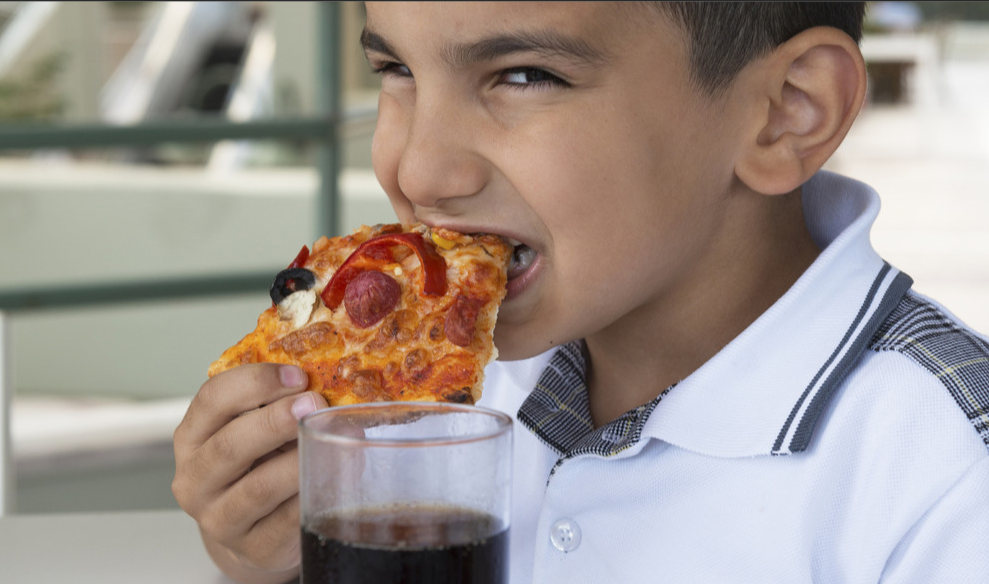 We’ve profiled a shocking short-term self-experiment by a British doctor who consumed most of his calories from processed food and, after just one month, experienced serious weight gain, anxiety, loss of libido, piles and, most horrifyingly of all, changes to his brain structure that are considered typical of drug addicts.

We’ve also written about the Nestlé ‘floating supermarket’ that’s been blamed for an obesity epidemic in the Amazon affecting children as young as seven.

Then there’s our article on a recent study of soybean oil, the most widely consumed oil in the US and an essential ingredient in many processed foods, which showed that the oil causes serious weight gain and, what’s worse, genetic dysregulation linked to a variety of harmful diseases, including neurological conditions like Alzheimer’s.

These are just a few of the articles we’ve written on the subject of the evils of processed food and vegetable oils. Most are contained in our amazing new FREE ebook Aggressive Incel Monkeys and Other Terrifying Tales from the World of Plant-Based Food, which you can download from Gumroad now.

In light of all this shocking evidence for the serious negative health consequences of processed food consumption, it should be serious cause for alarm that children and adolescents in the US are now consuming more than 2/3 of their calories in this form, according to a new study from Tufts.

The study analysed nutritional intake from 33,795 children and adolescents (2-19 years of age) across the US, overall and in population subgroups, between 1999 and 2018. The study used data from 10 consecutive cycles of the National Health and Nutrition Examination Survey (NHANES).

The average age of participants was 10.7 years and was roughly equally divided between boys and girls. It relied on 24-hour dietary recall interviews conducted by trained personnel; older children and teens directly reported on the foods they ate while parents and caregivers did so for younger children.

Did you know that eating out regularly is associated with an increased risk of early death? A new study in the Journal of the Academy of Nutrition and Dietetics suggests that frequent consumption of food prepared outside the home may not be a healthy habit.

The study also considered consumption habits by ethnicity. There was a larger increase in the consumption of ultraprocessed foods among non-Hispanic Blacks (10.3%) and Mexican Americans (7.6%) than non-Hispanic Whites (5.2%).

Interestingly, though, there were no statistically significant differences in the overall findings when parental education and family income were taken in account.

“The lack of disparities based on parental education and family income indicates that ultraprocessed foods are pervasive in children’s diets,” said senior author Fang Fang Zhang to Science Daily. “This finding supports the need for researchers to track trends in food consumption more fully, taking into account consumption of ultraprocessed foods.”

Click here to read our report on a shocking American survey which suggested that 48% of millennials had gained a whopping 41lb in 2020 due to the pandemic. Millennials were the worst affected demographic by far.

Over the study period, calories from healthier unprocessed or minimally processed foods decreased from 28.8% to 23.5%. The remaining calories came from moderately processed foods such as cheese and canned fruits and vegetables, and consumer-added sauces, condiments and ‘flavor enhancers’ such as sugar, honey, maple syrup, and butter.

There was (some) good news: Calories from sugar-sweetened beverages dropped from 10.8% to 5.3% of overall calories, a 51% drop.

“This finding shows the benefits of the concerted campaign over the past few years to reduce overall consumption of sugary drinks,” said Zhang. “We need to mobilize the same energy and level of commitment when it comes to other unhealthy ultraprocessed foods such as cakes, cookies, doughnuts and brownies.”

We couldn’t agree more with Mr Zhang, although given the scale of the problem we aren’t quite sure where to begin. Evidence clearly suggests that children’s eating habits persist into adulthood, and in the case of processed food consumption that means an adulthood that is likely to be marked by obesity, diabetes, low testosterone and the increased possibility of death from infectious diseases such as the coronavirus.

As well as the serious personal cost, supporting an increasingly overweight and unhealthy population also comes at a great economic cost. By 2030, if obesity trends in the US continue, obesity-related medical costs could rise to $66 billion a year.

If you’re looking to make a serious change to your lifestyle, and that means losing excess weight, look no further than our Ultimate Fat Loss Bundle, which will give you everything you need to change your life for the better!