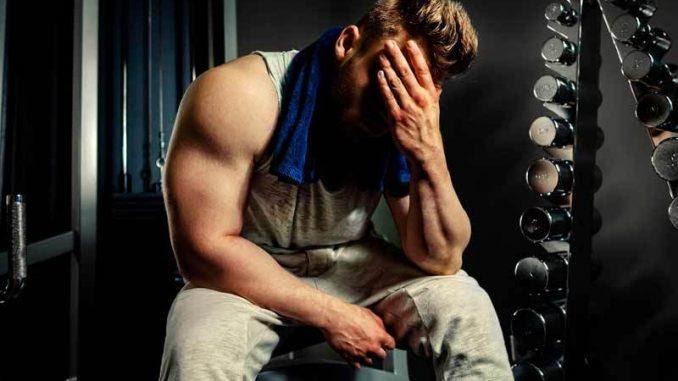 A new paper published in the journal Nutrition Reviews suggests that vegetarian diets are more likely to make you depressed. Proper diet is an obvious part of ensuring well-being, and this latest study is yet another blow for advocates of plant-based diets.

Depression rates have been rising for some time, but diagnoses and prescriptions for depression have been increasing at an accelerating rate in recent years. Although the rise in rates of depression could be attributed simply to more people feeling that they can seek help in an environment where mental illness is stigmatized less, the truth is that the data don’t support this interpretation.

In America, diagnoses of major depression rose by a third between 2013 and 2016, one report claimed. Particular spikes are visible among teens and adults up to and beyond the age of 35. About 10% of teenagers and adults aged 18-25 reported depression in the previous year.

Self-harm and suicidal thoughts are also on the rise, in particular among teenagers.

“When I started in the field in the late 1980s, young patients with severe suicidal ideation or self-injurious behavior, like cutting, came from very disturbed backgrounds and often had histories of considerable trauma,” according to Lisa Cohen, a specialist in depression. Today, by contrast, many come from stable, supportive families.

The global pandemic is not making the depression situation better

The new paper is a meta-review of existing studies on vegetarianism and depression and sought to clarify the link between the two.

The researchers found that a vegetarian diet was associated with a 53% greater risk of depression than a non-vegetarian diet. Further analysis showed that results depended on the type of vegetarian diet and the region where the study was conducted.

For studies that assessed a semi-vegetarian diet and studies conducted in the US and Europe, there was a positive association between a vegetarian diet and depression. In the case of lacto-ovo vegetarians – who eat dairy products and eggs – and in Asian countries, no association was found. The paper’s authors conclude that further research must be done.

We concur, and in particular we’d like to see research that tries to identify what it is about certain kinds of vegetarian diet that makes them more likely to cause depression or not.

For vegetarians, protein quality and quantity is usually much lower than for non-vegetarians. By contrast with soy or rice or wheat, Eggs and milk contain the highest quality proteins you can consume. Along with red meat, eggs and milk have been credited for the increased stature of European and American men when compared to Middle Eastern, North African and especially Asian men.

It’s likely, though, to be more complicated than just a matter of more or less protein of a better or worse quality. One thing a lacto-ovo vegetarian diet would also be likely to include more of is animal – i.e. saturated – fat, and this has an extremely important role in the production of hormones, which in turn are vital to the proper regulation of mood.

Eric Butts was not pleased by the results of this meta-study on low-fat diets and testosterone. But what did he expect?

We’re thinking particularly of testosterone, especially in light of a study we recently discussed which showed that low-fat vegetarian diets are just about the worst thing you can eat if you want to maintain healthy testosterone levels as a man.

If a vegetarian diet causes your testosterone to crash, it’s overwhelmingly likely your mood will suffer as a result. Consider this fairly typical testimony from a Redditor with low testosterone, for instance:

‘I have struggled with depression for awhile [sic] now. This included fatigue, difficulty sleeping, and negative thoughts about life in general. Everything just seemed dark and gloomy.

I recently went to my doctor to express these concerns. We had previously tested for things like Vitamin D levels, thyroid function, and iron levels. All of which can especially effect fatigue and sleep. I was and am currently on an SSRI. This doesn’t help with the fatigue and especially sex drive. My SO did not appreciate the no sex thing. We had sex maybe 2 times in the last 3 months?

After seeing my endocrinologist and doing more blood tests, I started testosterone replacement therapy and the change in my mood, sleep, and energy levels has been AMAZING. I forgot what it was like to wake up and actually be awake.’

Testosterone influences the brain and body in complex ways which are not fully understood, and this is also true of the role of testosterone in causing depression. There is still much debate about how testosterone has causal effects, especially on cognitive abilities, but what isn’t up for debate is that it does have wide-ranging effects on mood and mental performance.

Although depressive disorder is more common in women than men, the prevalence of depression clearly increases in men as they age and plasma testosterone decreases (try these two studies – one and two).

It’s not precisely clear, though, how testosterone levels differentiate depression in men and women. One thing that does appear to be clear is that testosterone has a modulating effect on the serotonin system, which controls mood (remember Jordan B. Peterson’s lobsters, and if you don’t know what I’m talking about, I’d suggest looking them up).

A plant-based diet changed this man’s life. Now he’s a paragon of masculinity.

While further research needs to be done, the evidence continues to pile up that plant-based and especially vegan diets are far from healthy or environmentally friendly, much to the chagrin of their advocates.

We recently looked at a shocking study which revealed that a diet of soy isoflavones could turn monkeys into ‘aggressive loners’, and we’ve also considered the worrying potential physical and mental effects of plant-based oils like soybean oil, which was found to cause weight gain and genetic dysregulation in mice. Scientists are now warning that vegan diets stunt childhood development and must be supported by long-term supplementation.

Indeed, brands like Impossible and Beyond Meat are already realising that they cannot win a war fought on the terrain of health and taste – 73% of Australian men would rather die than give up meat – and so are switching to campaigns based on social pressure, which have been shown by researchers to yield better results. Stocks in plant-based companies have been falling recently, and prices have had to be slashed.

Oatly’s ‘Help Dad’ campaign, in which ‘enlightened’ Zoomers berate their fathers for choosing to drink cow’s milk and not a heavily processed liquid mixture of oats, sugar and vegetable oil, is a particularly egregious example of this new shame-based advertising strategy. Given the money to be made from plant-based foods – a market which grew 29% in the US between 2017 and 2019 – expect plenty more to come.