Why You Should Stop Drinking Beer: A Potent Estrogenic Substance

You should stop drinking beer if you wish to be in peak physical health. For a variety of reasons we will discuss, beer should cease to be your tipple of choice if you wish to pursue fitness, but also have a penchant for alcoholic beverages on occasion. 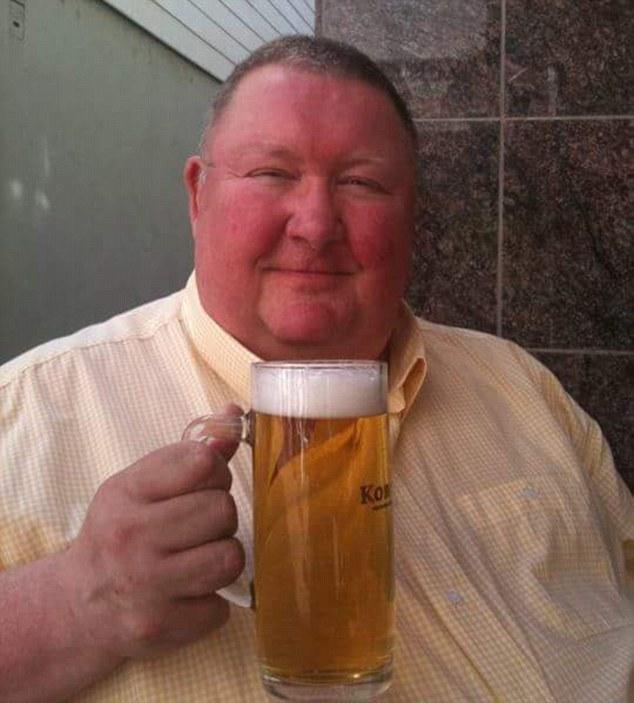 Barry loves a pint. His appearance is totally incidental to this fact.

Beer, in case you didn’t know, is an alcoholic drink made from barley, yeast, hops, water and grains. Through a process of fermentation involving the yeast, the simple sugars in the grains and barley are converted into alcohol. The hops add bitterness to the taste and also act as a natural preservative and stabilising agent.

Although the basic chemistry has remained the same throughout the ages – the use of microorganisms to produce a sweet liquid from grains – the beer our ancestors drank was often very different from the kind we drink today. One of the principal differences is the widespread inclusion of hops, which came very late in beer’s history.

The addition of hops has turned beer into a potent estrogenic substance, as we’ll discuss below. Although manly men have drunk hopped beer in large quantities since its creation, the ubiquity of estrogenic chemicals in the modern world compounds the feminising effects of hopped beer.

As a result, we recommend choosing a different kind of alcoholic drink instead, such as red wine, which has a number of superfood benefits we’ve already discussed elsewhere.

A Canned History of Beer 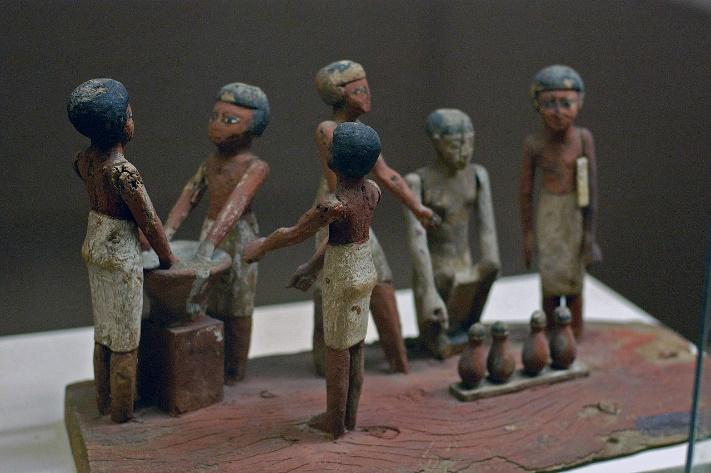 An ancient Egyptian model of beer-making

Beer is one of the world’s oldest known alcoholic drinks. The earliest evidence for beer preparation comes from the Natufians, a semi-nomadic people of modern-day Israel, 13,000 years ago. Unlike the silky-smooth substance we know, Natufian beer had the consistency of gruel and was probably used during ritual feasting at certain important times during the year.

Written evidence of beer appears first in the ancient records of Iraq and Egypt. Some archaeologists have speculated that beer may have been an important commodity in the development of the first settled agricultural civilisations, because it was often used as payment for work. Workers in the ancient city of Uruk, in present-day Iraq, were paid a ration of beer, and so were the workers who built the Great Pyramids in Egypt. In this regard, beer has been referred to ‘the midwife of civilisation’.

Beer-like drinks are recorded in ancient China and India. Beer became widespread in Europe through the spread of the Celtic and Germanic peoples. The early beers that they drank would have contained grains as well as fruit, honey, herbs, spices and also narcotics like henbane, which when consumed in sufficient quantity can prove fatal. Hops were generally absent. Beers that don’t contain hops are referred to today as ‘gruits’.

The use of hops as a flavouring and preservative is first mentioned by a French monk in 822, but it wasn’t until the early 16th century that their use became synonymous with beer. In 1516, William IV, Duke of Bavaria, promulgated the famous Purity Law, decreeing that the only permitted ingredients for beer are water, hops and barley-malt. The law is still in force today.

Today, oceans of hopped beer are drunk annually. As of 2006, annual consumption of beer is more than 130 billion litres or 35 billion gallons. The world’s largest producer and consumer of beer is China, where 45 billion litres were consumed in 2010. Second place goes to the United States, whose consumption is roughly half that of China. 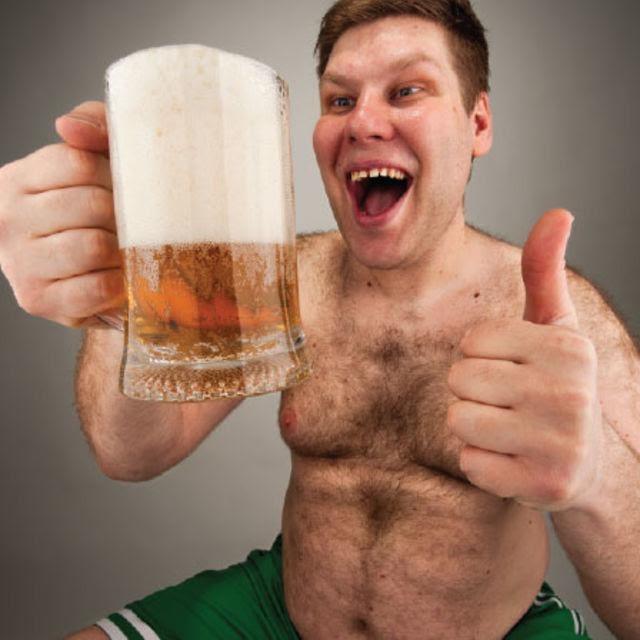 If you want to look like this, drink large quantities of beer and eat processed food

The health hazards associated with drinking, especially frequent drinking to excess, are well known, and hardly need to be rehearsed in detail here. One of the health hazards that receives much less attention than alcoholism, liver disease or cancer is hormonal imbalance in men.

Testosterone is the master male hormone, and increased testosterone in men is associated with the entire host of traits that make men men, rather than women. Body hair, muscle mass, bone density, strength, aggression, dominance and competitiveness – increases in all of these things are associated with increased T in men.

Apart from taking a blood test to establish whether you have low T, there are various symptoms you’ll experience if you have low T. The main symptoms include reduced libido, erectile dysfunction, fertility problems (inability to conceive) and fatigue.

The death of man – by beer?

This civilisational decline in testosterone is also associated with a terrifying collapse in male fertility, the potentially dire consequences of which – i.e. the end of the human race – are now being considered with increasing alarm by scientists, journalists and indeed anybody with an interest in the continuation of the species. 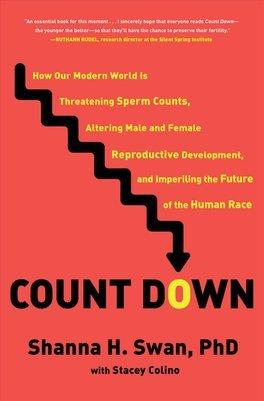 Professor Shanna Swan, author of a new book on the subject, has linked this process to our unprecedented exposure to powerful estrogenic chemicals, especially industrial chemicals such as BPA and pthalates, which are used in the manufacture of plastics and are found just about anywhere you care to look in the modern world. Microplastics, microscopic pieces of plastic as the name suggests, can carry these chemicals into the deepest parts of the ocean, into Arctic ice cores and even float around in the air, waiting to be inhaled.

The bad news for beer drinkers is that, while your granddad might have been able to get away with drinking pints and pints of bitter, he didn’t inhabit a toxic, estrogenic chemical environment from birth. (Studies of pre-natal exposure to pthalates show that they are causing baby boys’ penises to shrink, for instance.) 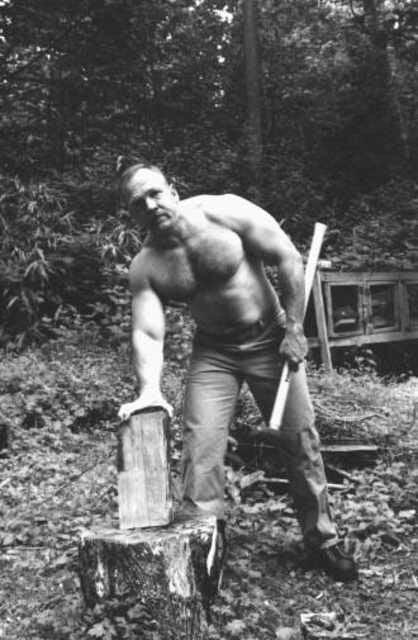 Average male beer drinker before the invention of PVC in 1950

Although more detailed scientific research needs to be done on the estrogenic effects of consuming hopped beer in the long term, especially in male subjects, there is a wealth of anecdotal evidence testifying to the powerful effects of hops on female hormonal balance, which are backed up by scientific studies on animals and human subjects.

One of the most powerful pieces of anecdotal evidence is the observation that female hop pickers – women who simply touched hops when they were working – would regularly suffer menstrual disturbances because of their contact with the plant. Likewise, it is regularly observed that men who suffer alcoholic cirrhosis of the liver – i.e. men who have consumed huge amounts of alcohol, usually including large quantities of beer – often ‘show testicular failure and symptoms of feminization’. [R]

Studies on subjects that produce no natural estrogen – rats with their ovaries removed and post-menopausal women – have shown that phytoestrogens in beer and other alcoholic drinks do exert estrogen-like effects in the body. [R]

Indeed, one phytoestrogen in hops, 8-prenylnaringenin, was isolated and shown to have an estrogenic activity ‘greater than other established plant estrogens,’ which was demonstrated in tests on cells from rat uteruses. [R] The study of 8-prenylnaringenin states that although this phytoestrogen can be detected in beer, ‘the levels are low and should not be any cause for concern.’

However, more recent research has shown that levels of this chemical can be massively amplified within the body by the body’s own gut flora. Another phytoestrogen in hops, isoxanthohumol, can be converted into 8-prenylnaringenin at up to a 90% rate, as one study showed. [R] This may be one reason why 8-prenylnaringenin can be detected in the urine of beer drinkers for days afterwards: because the body’s gut flora is still continuing to produce it. [R]

What To Do About It? 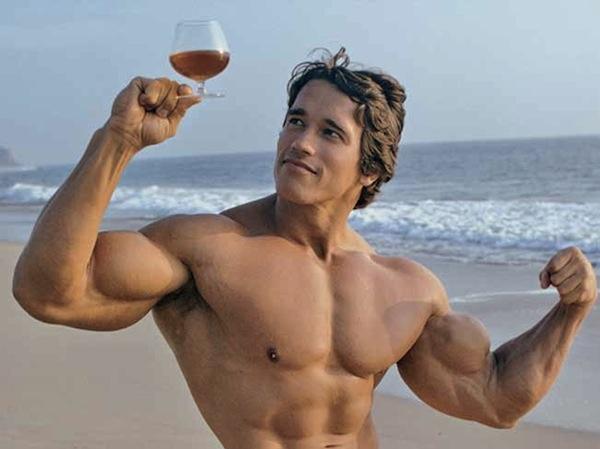 When in doubt, do as Arnold did

Although more work needs to be done on hops and hopped beer in particular, the evidence for the way that other estrogenic chemicals upset hormonal balance and retard masculine development is strong enough that we can be sure that reducing or even totally cutting your hopped beer consumption has the potential to do you a world of good.

If you drink a lot of beer, try switching to another kind of alcoholic drink. Red wine, for instance, contains aromatase inhibiting compounds, which actually prevent the conversion of testosterone into estrogen by the aromatase enzyme.

Note, though, that consumption of even moderate quantities of any kind of alcohol has been associated with reduced testosterone. [R] [R]

This is the kind of health intervention that is easy and comes with little cost and no risk. If you don’t like it or it doesn’t have much of an effect, you can stop. Simple.