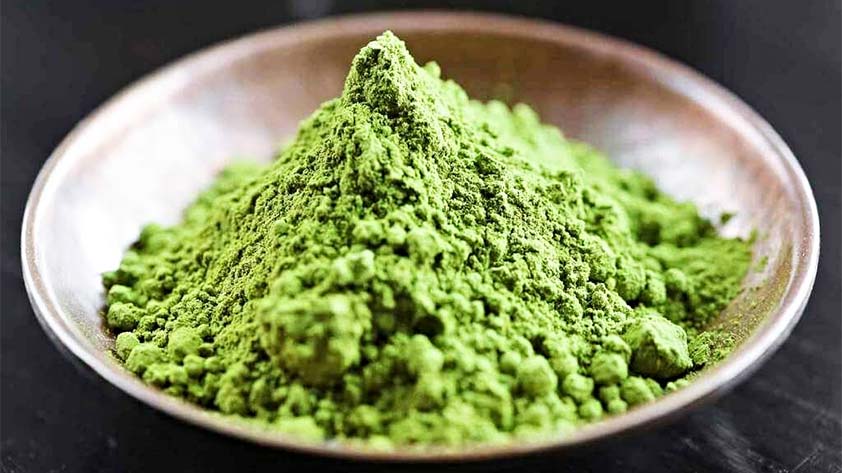 The notion that there may be a benefit in Kratom for bodybuilding might appear to be absurd to some; but hear me out, there are some rewards to be reaped from the popular plant-based substance.

The benefits in Kratom for bodybuilding aren’t necessarily direct, per se, but the Southeast Asian plant has some positive effects which can be carried over to weightlifting disciplines.

In the past, we reviewed Kraken Kratom’s Preworkout Supplement as well as noted the potential benefits to be enjoyed from Kratom if you are attempting to diet to lose fat.

The very same effects can be applied in a lifting context.

Kratom For Bodybuilding: How So?

Kratom boasts a host of positive effects including:

Kratom, in general, has risen in popularity over the past few years, often sold in outlets that hold CBD oil.

Kraken Kratom is a popular and trusted distributor of Kratom — if you’d like to read my review of their capsule preworkout, click here.

Some users reportedly supplement kratom as a means of pain relief as an alternative to other forms of medicine.

As the Opioid Crisis rages onto unabated, with dozens of deaths being registered every day, Kratom is favorably viewed as a safer alternative.

According to BarBend:  “In 2016, the DEA announced their intent to put kratom’s active constituents (mitragynine and 7-HMG) on the Schedule I drug list alongside heroin and cannabis. They withdrew their intent a few months later, but they continue to insist that, “there is no legitimate medicinal use for kratom” and in late 2017 the FDA said they had “evidence to show that there are significant safety issues associated with its use.””

Additionally, “Kratom stopped being monitored in 2018 by the World Antidoping Agency,” according to Kratom Science.

“In Malaysia, we see footballers often use kratom tea to increase performance and to overcome fatigue after a football match,” signaled the University of Science Malaysia’s Dr. Darshan Singh. “In Western society, you may see athletes who are involved in weight lifting sports consume kratom to treat pain or to increase stamina.”

Smaller doses of Kratom can have beneficial performance enhancing qualities in a fitness capacity.

Kraken Kratom’s Preworkout contains 50mg of Standardized 45% Mitragyna speciosa extract per capsule, to bring you a mild rush before training.

Alongside its numerous other immediate benefits, there appears to be some evidence in Kratom boosting the immune system, per Vents Magazine.

First off, as we previously mentioned, there is a Kratom preworkout which have previously reviewed. Kratom can sharply increase focus, attention span, mood, euphoria, and energy levels without leaving you with a “cracked out” comedown when the effects wear off.

Many gymgoers often go for preworkout supplements laden with caffeine, yohimbe, DMAA, and other stimulants that can render them into a tired, scatterbrained, jittery mess after training.

Caffeine-sensitive individuals might not get the most out of the training by avoiding preworkouts due to their sensitivities.

In the context of Kratom for bodybuilding, the aforementioned benefits — increased focus, attention span, mood, euphoria, and energy levels — can all contribute towards an enhanced workout and improved performance, thus promulgating increased muscle growth.

A question we get a lot is “how to I cure DOMS (delayed onset muscle soreness)?” and the real answer is that there is no way to cure it.

There are things you can do, such as stretching, walking, heat therapy, and consuming certain foods such as garlic and beetroot to improve circulation, but, apart from taking potentially dangerous painkillers, your workout performance or discipline can suffer when you’re overwhelmed by soreness.

I, myself, know that I’ve missed dozens of sessions throughout my life due to soreness — usually after some form of lunges — even though I embrace soreness as I associate it with muscle growth in my mind.

Kratom’s painkilling effects can make the plant a viable answer to encourage training even in a state of soreness. Furthermore, even if you aren’t suffering from the DOMS, you can train through lactic acid buildup to crank out more reps than before, thus initiating more muscle growth.

Another positive aspect that makes Kratom for bodybuilding a promising prospect is its supposed improved circulation.

With improved circulation, you can train for longer and harder as well as improve recovery after training, allowing nutrients to repair damaged cells more efficiently.

Kratom can also potentially boost the immune system, adding to its pro-recovery benefits.

Training when you don’t feel up to it mentally can absolutely suck.

A modern element some lifters look for nowadays is mood elevation in the preworkout supplement or stack.

Alongside the immediate advantages of a powerful preworkout, some lifters now demand more nootropic qualities in their arsenal.

Kratom’s mood elevating qualities can help you get to the gym to complete your training sessions when you feel like you’re swimming against the current.