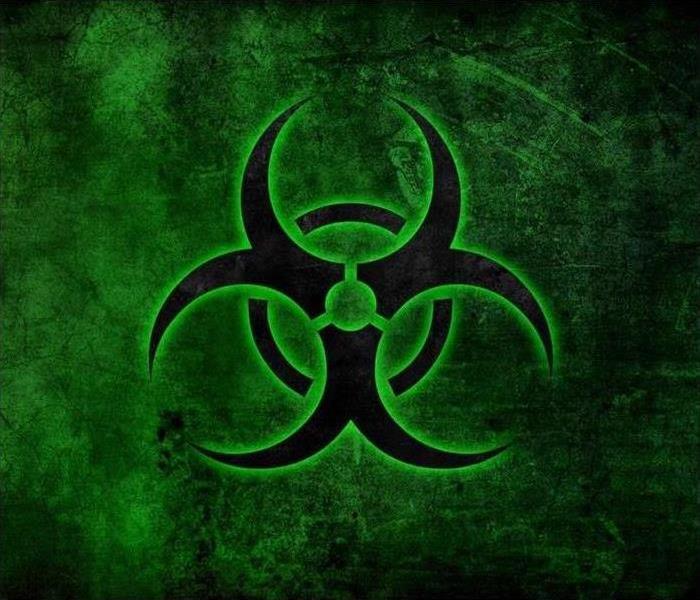 A new study has revealed toxic chemicals that disrupt fertility are present at shockingly high levels in male urine, providing further evidence for the role of these chemicals in the growing fertility crisis.

Mixtures of chemicals such as bisphenols and dioxins, which are known to interfere with hormones and affect sperm quality, were present at levels up to 100 times those considered safe.

The median exposure to these chemicals was 17 times the levels deemed acceptable.

The study measured a total of nine chemicals, including bisphenol, phthalates and paracetamol, in urine samples taken from 98 Danish men aged between 18 and 30. The researchers also used existing data, mostly taken from the European Food Standards Agency (EFSA), to estimate the men’s exposure to 20 other chemicals.

The results were then compared with acceptable levels of exposure in the scientific literature.

The scientists then created an overall risk matrix to gauge how dangerous various different cocktails of the compounds were.

The study authors, led by Professor Andreas Kortenkamp of Brunel University London, said they were “astonished”] by the magnitude of this hazard index in the volunteers studied.

They were particularly surprised to find that bisphenol A (BPA) was the dominant risk factor, given that recent research had focused mostly on phthalates, which are used in plastics.

BPA was followed by dioxins, paracetamol and phthalates in order of risk. Removing BPA did not reduce the combined exposure to acceptable levels, and paracetamol was described as “a driver of mixture risks among subjects using the drug”.

The researchers acknowledged some limitations to their research.

One limitation is that the data used were from 2009-2010, and exposure to BPA, and all of the other chemicals, may have changed since.

It’s also unclear whether women of reproductive age have the same levels of chemical exposure as the men in the study.

The researchers emphasise, though, that the research is almost certainly an underestimate of the risk posed to humans by such chemical cocktails, since only a selection of the various chemicals people are readily exposed to were measured.

“Our analysis has the character of a prediction which could be verified in suitably designed epidemiological studies of semen quality,” Kortenkamp and his colleagues wrote. Semen quality is one factor in male fertility that has taken a serious decline in recent decades.

Pending further studies in populations, the researchers called for urgent regulatory action such as a ban of BPA from food contact materials as a precautionary measure.

They added that animal studies looking at the impact of different doses of paracetamol on semen quality were “missing altogether and are urgently needed”.

The male fertility crisis: How bad is it? Why?

Dire predictions of a collapse in male fertility have finally become mainstream, years after fringe figures warned that the increasingly toxic environment we have created for ourselves could be our undoing. Just how bad is the problem? Might the only effective response to declining male fertility be to create a sperm and egg bank on the moon to preserve man’s reproductive capabilities; or are there simpler things we can do to preserve the continuation of the species?

A group of scientists at the University of Arizona recently proposed creating a sperm and seed bank on the moon, in a bid to protect the planet’s species from extermination – and that includes humans as well.

Under this ‘modern global insurance policy’, the reproductive cells of nearly 7 million species, including humans, would be stored in an ‘ark’ below the moon’s surface. The ark would use pits in the surface of the moon, thought to be channels through which lava once flowed, to store the reproductive material using cryogenic technology.

These pits penetrate up to 100 meters underground, and, according to Jekan Thanga, leader of the group, ‘provide readymade shelter from the surface of the moon’, which would otherwise prove hostile. Extreme temperature variation, solar radiation and meteorite strikes would all pose a threat to a surface-level facility.

But why go to the moon in the first place to build such a facility? After all, isn’t there already a similar facility in Norway? Do we really need another?

Unlike the proposed lunar ark, the Svalbard Global Seed Vault, buried in the side of a Norwegian mountain, houses only plant species (around 1 million, to date). In recent years, it has apparently been threatened by global warming, causing flooding of the entrance to the vault; although the seeds themselves have so far escaped damage. If global warming continues, the arctic conditions that made the site at Svalbard perfect for the preservation of seeds may soon no longer obtain. Once designed to operate without the help of humans, conditions in the Global Seed Vault now require 24h monitoring.

And it’s the threat of planetary catastrophe – not just global warming, but nuclear war, drought, asteroids and massive volcanic eruptions like the eruption of Mount Toba 75,000 years ago – that motivated the team from the University of Arizona to propose the moon and to include a far greater diversity of species than at Svalbard.

Could 3D-printing testicular cells be the solution to the male fertility crisis? 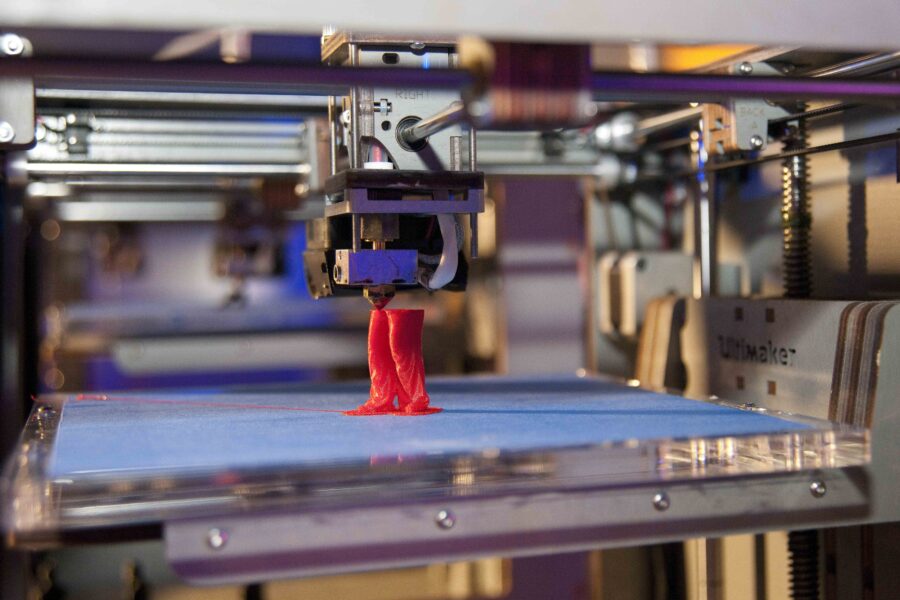 In recent months, awareness has been growing about worrying trends in human fertility, especially male sperm counts and testosterone levels, largely as a result of a new book by Professor Shanna Swan, a reproductive health expert at Mt Sinai, New York.

Now scientists are claiming to have come up with a potential solution to certain forms of male infertility: 3D-printed testicular cells.

Researchers from the University of British Columbia say these new 3D-printed cells show promising early signs of being able to produce sperm.

“We’re 3D printing these cells into a very specific structure that mimics human anatomy, which we think is our best shot at stimulating sperm production,” says Dr Ryan Flannigan, in a university release.

“If successful, this could open the door to new fertility treatments for couples who currently have no other options.”

A true planetary-scale disaster could see the loss of a majority of all plant and animal species on earth. The moon-based facility would preserve its samples, says Thanga, ‘until the tech advances to then reintroduce these species – in other words, save them for another day.’

The inclusion of human reproductive cells may seem the least plausible, or most surprising, aspect of this plan. For one thing, if humans are eliminated from earth by some massive catastrophe – a nuclear war, say – what good will a load of frozen human sperm and ova on the moon be? Humans are the linchpin of the project and if they – we – disappear, surely there won’t be a thing that can be done about it?

In fact, the notion that we might soon need to keep a global store of human sperm and ova to stave off a catastrophe appears more and more sensible by the day; although not necessarily for the reasons given by Thanga and his colleagues.

A much more insidious, less spectacular, process is at work threatening the survival prospects of humankind. Perhaps it won’t be an asteroid that makes man go the way of the dinosaurs, through declining male fertility, but the everyday products we know, love and rely on so heavily.

Once upon a time, not all that long ago, it was considered the sole preserve of cranks and conspiracy theorists to claim that industrial chemicals found in the environment, especially the drinking water, were causing serious reproductive effects in animals and humans, particularly affecting male fertility levels. In 2015, Alex Jones, the host of Infowars, was roundly mocked for a rant in which he uttered the now famous line, ‘I don’t like ‘em putting chemicals in the water that turn the friggin’ frogs gay!’

Now, though, just five years later, those previously fringe concerns have well and truly gone mainstream, accompanied by some truly dire predictions. On March 10, Politico ran an article with the headline, ‘No more babies? The hormone-altering chemicals threatening human procreation’, particularly affecting male fertility, to coincide with the release of a new book on the subject by Dr Shanna Swan, a world expert on reproductive health at Mount Sinai, New York.

The root cause of the massive (59%) decrease in the sperm count of the average Western man between 1973 and 2011 appears to be the growing exposure to endocrine (i.e. hormone)-disrupting chemicals, such as pthalates and bisphenol A, which are now ubiquitous in the modern developed world. Plastics, electronic goods, packaging, pesticides, cosmetics, personal hygiene products and, yes, the drinking water and food supply all contain such chemicals that disrupt male fertility.

Many of these chemicals are referred to as xenoestrogens, because of the way that they mimic the effects of the hormone estrogen. The endocrine-disrupting effects of Atrazine, a pesticide which is banned in the EU but still widely used in the US, have been known for some time.

In 2006, a statement was made before the House Committee on Government Reform about the increasing number of male fish observed to be bearing eggs in the Potomac River. Industrial run-off, as well as contamination by personal care products and contraceptives, was identified as the likely cause.

Don’t hesitate to email us at herculeanstrength1[email protected] for personalized coaching and a client questionnaire if you’d like DEDICATED tailor-made personal training on strength training, building muscle, losing fat, developing athleticism, and more — all to your liking, lifestyle, habits, and taste!