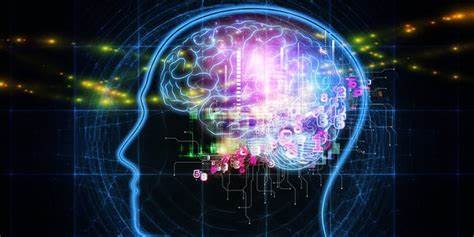 Scientists in South Korea have created a new durable neural interface that can measure brain signals direct inside the brain itself. The interface is so advanced that it can even be used to deliver drugs at the site to ensure that the interface is not responsible for causing inflammation.

Although the potential applications to improve people’s lives are highly promising, the technology also has disquieting implications.

A direct neural interface to monitor the brain and deliver drugs

Accurately measuring brain activity has been an essential part of gaining a better understanding of the way the brain works and how it is affected by disease. Up to the present, brain activity has generally been measured by placing electrodes on the scalp (generally referred to as electroencephalography (EEG)).

Of course, researchers have long known that getting signals directly from the brain would almost certainly be more accurate, and could revolutionize our understanding of the brain, but making neural interfaces to do this has proven remarkably difficult up to the present.

For example, the materials used to make the microscopic electrodes that make contact with the neurons, as well as those of all connectors, would have to be flexible yet durable enough to withstand a relatively harsh environment in the body. Previous attempts at developing long-lasting brain interfaces have failed because of the natural biological responses of the body, such as inflammation, which reduce the electrical performance of the electrodes over time.

The South Korean team, publishing their research in Microsystems & Nanoengineering, decided to investigate whether there was some way to administer drugs locally to reduce inflammation at the site where the electrodes meet the brain.

Unlike existing rigid devices, their design has a flexible structure in which an array of microneedles is used to gather multiple neural signals over an area, and thin metallic conductive lines carry these signals to an external circuit.

The defining aspect of this design is the way that it incorporates channels that can carry fluids on a plane parallel to the conductive lines. These channels, built by strategically stacking and micromachining multiple polymer layers, are connected to a small reservoir (which contains the drugs to be administered) and can carry a steady flow of liquid toward the microneedles.

The team tested their approach through brain interface experiments on live rats. After implanting the interfaces, they measured the drug concentration in the tissue around the needles.

Prof. Sohee Kim, who led the study, said: “The flexibility and functionalities of our device will help make it more compatible with biological tissues and decrease adverse effects, all of which contribute to increasing the lifespan of the neural interface.”

Another of the participants explains the potential uses for this new neural technology, which include enabling “paralyzed people to move robotic arms or legs using their thoughts, and for treating neurological diseases using electrical and/or chemical stimulation over years.”

At the same time, the potential concerns about implantable technology that can administer medicines unbeknownst to the user, should be obvious.

Recently we also reported on a similar technology developed at the University of Dresden. Scientists there have created a ‘bio-compatible implantable AI platform’ that could  pave the way for real-time monitoring of people’s health.

Clearly, as the frontiers of medicine continue to expand in ever more invasive ways, what it means to be human, to possess free will and have the right to autonomy and privacy are all likely to come into question.

The predictions of science-fiction authors like Philip K Dick look more and more prescient by the day.