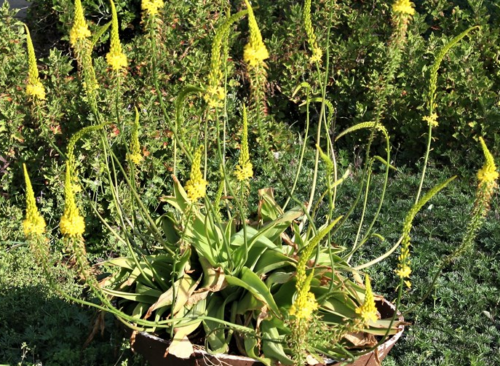 This testosterone booster has only recently come to light in Western fitness circles, but demonstrates very positive results so far.

Falling testosterone levels are something all men have to face as they age. After 30, a man can expect to lose 1% of his testosterone a year, year on year.

But the natural reduction we can all expect to suffer pales in comparison with the society-wide collapse in testosterone levels that has occurred over the second half of the twentieth and the first quarter of the twenty-first century.

Men today have considerably less testosterone than men of the same age even a single generation ago — leading to a rise in demand for testosterone boosters.

And several testosterone boosters have received a bad reputation for being ineffectual or being marketed as able to raise endogenous production to supraphysiological levels.

A Testosterone Booster That Works?

The results were replicated in a study of Danish men, who displayed a two-digit decline between the 1920s and the 1960s.

That’s not to mention increased risk of some forms of cancer such as testicular cancer.

In short, if you’re a young man, or even a not-so-young man, who wants to be at the peak of his powers – having low T is not good. And if you’re a society concerned with reproduction, precipitously declining testosterone levels aren’t good either.

The collapse of male fertility over the past century has led some to claim that if they treated human sperm as an animal species and not a zygote, then sperm would almost certainly have to be placed on the worldwide endangered species list.

Will the human sperm go the way of the dodo? And what will be left of humanity if it does?

The causes of this wider decline are myriad, and must include changes to diet and lifestyle, including the consumption of processed foods and phytoestrogen-rich foods such as soy and hopped beer, as well as the environmental effects of increasing pesticide and organic chemical use, and the accumulation of plastics in the environment, including the food chain.

And adding an obesity crisis into the equation only further deepens our hormonal dark age.

Fat is highly estrogenic and one quick fire way to boost your testosterone levels is to lose fat — instead of splashing out cash on an assortment of testosterone boosters.

In fact, losing fat may help restore any hormonal imbalances as a result of prolonged overeating.

Thankfully, we have several articles and eBooks covering fat loss to help you become the best version of you.

If you want that, you would have to flirt with the boundaries of your country’s laws for shall we say, a supraphysiological testosterone booster.

There is no short answer as various lifestyle choices directly impact our endocrine system.

The unsettling conclusion is that, in the modern world, poison can be found almost everywhere we look.

Worst of all, many of these “nutritional” and cultural poisons are celebrated on a grand scale in the form of fads and faux movements, such as “fat acceptance.”

But do not despair! There are many things you can do to reclaim your masculinity.

Here at Herculean Strength we’ve declared war on low testosterone in men, and as part of that war we’ve enlisted a new ally.

So how can you tell if you have low testosterone?

Taken from our article: How To Know if You Have Low Testosterone

The easiest and most definitive way is to have a blood test. A normal testosterone level range for men is 300 to 1,000 nanograms per deciliter (ng/dl), whereas for women, it’s between 15 and 70 ng/dl. If as a man your testosterone is below 300 ng/dl, you have low testosterone.

But this is putting the cart before the horse, because before you decide to have a test you will experience some or all of the following symptoms, assuming you actually do have low testosterone.

You’ll have good reason to ask the question ‘Do I have low T?, because in some very obvious ways you’ll feel like less of a man.

Stored fat is highly estrogenic and can wreak havoc on your testosterone levels (sometimes leaving you to require a testosterone booster).

In fact, losing fat is one of the quickest ways to remedy low testosterone — as well as chronic inflammation.

Bulbine natalensis is a plant indigenous to South Africa that has been used in traditional remedies for a wide variety of purposes.

In its homeland it is known by many names, such as ibhucu, ingcelwane and rooiwortel.

The sap of the plant has long been used for treating wounds, burns and rashes, and an infusion made from the root is used to treat vomiting, diarrhea, convulsions, sexually transmitted diseases, diabetes and rheumatism.

It is only recently that the plant has come to the attention of western practitioners as a potent testosterone booster and libido enhancer.

In a study at the University of Fort Hare, South Africa, rats given a dose of the plant had a serum testosterone level that was 347% that of the control group that did not receive the plant.

The plant apparently works, at least in rats, because it increases testosterone levels in the testes and blood; the testes grow in size and, in turn, secrete more testosterone.

It also boosts the activity of an important testicular enzyme that is involved in ensuring healthy sperm; all in all, making it a promising testosterone booster supplement

There are very few human studies of the effects of bulbine natalensis, since it is a relatively new health product.

Its long-term effects are unknown, but a clinical study of its use in men for a period of 28 days stated that the supplement is safe according to various markers of health, including blood, kidney, liver and heart markers.

Although more research needs to be done, there is already a wealth of anecdotal evidence for its efficacy, whether in online product reviews or forum posts as a viable testosterone booster.

A number of bulbine products are available on the market.

Fitness writer and trainer Mike Mahler, for instance, has made bulbine part of his ‘Aggressive Strength Testosterone Booster’, a supplement he sells on his website.

One poster on anabolicminds.com writes: ‘Strength is amazing, up not only one rep pr. Exercise but multiple rep on all sets and exercises – even the exercises that have seemed to plateau. Fatigue completely gone, and im on week six going on week seven monday – that’s almost the most amazing part, cause my brain works better (no brain fog).’

‘I have been taking 1 tablet every day, for 18 days now. My muscles have notably grown, also my muscles are harder than before and I have been getting a lot leaner, especially from stomach/oblique area. This is by far the strongest natural testosterone booster I have ever tried and I have tried a lot of those. Including tribulus terrestris and fadogia agrestis.’

In the absence of established data on human dosage, it is worth following closely the dosage instructions stated on whatever product it is you buy.

The plant seems to follow an inverted-U dose response curve, which basically means that up to a certain point you will experience the results you want, but then if you exceed a certain dose, it will have the opposite effect.

Don’t think you can just take more and get better results; in fact, you may be compromising your results or even throwing them into reverse.