Don’t buy anymore supplements before reading this article. Put your credit card away and save potentially thousands of dollars in the next few years.

Over-the-counter supplements for sale on the internet and stores near you can prove remarkably effective, as well as boasting an array of positive health benefits.

But which are the ones you need to avoid?

But why, pray tell?

There’s a lot — and I mean a lot — of money to be made from having a pretty face, bulging vascular arms, and cut up abs.

Oftentimes, the consumer, desperate to chase an ideal physique, is willing to fork out small fortunes on getting there.

Fat burners, test boosters, L-Carnitine, Pre-workouts — you name it, they got it.

And you’re falling for it, time, and time, again.

But which are the worst of the bunch?

Well, they all do something — it’s just that something isn’t a whole lot.

It’s just that, that something is very insignificant a lot of the time.

It’s just that you could be saving your money instead.

If feathers weren’t ruffled by this post, then I have failed.

Preworkout supplements have seen a meteoric rise to prominence.

Because they’re relatively cheap to produce, profit margins easy to inflate, and they feel like they’re doing something.

In actuality, most preworkout supplements are flavored caffeine powders that make your face itch.

A lot of the active ingredients are either underdosed, lack bioavailability, or just suck!

Yes, many contain a generous helping of caffeine — which does something — but caffeine is a very cheap ingredient to add.

Another ingredient many preworkout supplements contain is L-Arginine, which, in your body, increases nitric oxide levels.

However, when taken directly, the body metabolizes L-Arginine through the liver and kidneys, and can cause an excess buildup of urea.

L-Citrulline is a far superior supplement to L-Arginine in raising nitric oxide levels.

But, unfortunately, a decent dose of L-Citrulline is around 10,000mg — the natural equivalent would be obtained in consuming around 10lb of fresh watermelon — and most preworkout supplements contain less than 6,000mg.

And within those 6,000mg of “Citrulline,” a mixture of L-Citrulline and Malic Acid — which has been shown to increase endurance and reduce lactic acid buildup — is usually poorly compounded to make Citrulline Malate instead.

Either way, you’re not getting much of a good thing.

Beta-Alanine is another preworkout supplement ingredient that has been immensely overhyped.

The sad reality is that it does very little to improve your performance in the gym — except make your face feel like it’s crawling with ants.

Even if the dose per serving were several times higher, it would rank pretty poorly.

The last ingredient that is CRIMINALLY underdosed is Creatine.

Creatine is perhaps the very best over-the-counter supplement you could take for building muscle.

However, when it comes to preworkout supplements, most dose Creatine at around 2000-3000mg per serving when the minimum active dose is around 5000mg.

The reason for this is to create an opportunity to sell Creatine supplements separately for a full dose.

Supplement companies can boost that their product contains Creatine — but you’d have to buy Creatine on the side to get a full dose.

Alternatively, you can save a bit of money and try our very own homemade Preworkout formula.

If we compare and contrast the two above preworkouts, the dosaging and some ingredients of C4 appear to be either subpar or less optimal than Gorilla Mode.

Tip: try not to take Vitamin C or antioxidants immediately before/after working out. This is because they can reduce acute inflammation after working out thus nullifying part of your training stimulus — meaning less gains.

This one can actually work, but only for men either below the normal range or men whose endogenous testosterone production is lower than what it could be.

You’re not going to look anywhere near a Mr. Olympia finalist by taking test boosters.

And there are cheaper, more practical ways to boost your natural testosterone production aside from taking supplements.

Otherwise, the best way to reap the benefits of a supraphysiological level of testosterone would be to take it exogenously — through anabolics.

We have actually compiled a list of 20 easy ways you can boost your natural testosterone production. Some methods include lifestyle changes, while others include supplementation.

There are some products out there which can naturally boost testosterone levels — and we will be covering them at a later date.

This is another scam of the fitness industry.

Yes, some over-the-counter fat burners — I’m not talking about Clen, DNP, or anything else — can increase your base metabolic rate, but, overall, the amount of extra calories you burn wouldn’t be worth the $50 a bottle.

One of the main active ingredients in fat burners is caffeine — cheap, easy to make.

Studies have shown that your base metabolic rate can increase by 3-4% in the 150 minutes after consuming a cup of coffee — that’s around 12.5 calories burned for a 200lb person.

That’s an extra 1-2 pounds every few months — if you’re lucky.

But, what they do do is give you more energy and suppress your appetite.

The only way you can lose fat is to be in a caloric deficit.

There’s is no other way.

And these fat burners can help you eat less and do more — but you can’t expect them to do all the work.

Thankfully, Herculean Strength has various resources available, including a FREE eBook, to help you get well on your way.

We also have a “magic” homemade fat burner that can also improve insulin sensitivity, reduce inflammation, and boost T levels.

This one is a little more controversial, but I believe that the majority of lifters are eating too much protein — let alone need to supplement their diet with protein powders.

There’s a prevailing narrative — with the goal to sell more supplements within a lucrative market — that you cannot build muscle without an abundance of protein.

However, you only need around 2 grams of protein per pound of lean body mass.

The chances are, unless you’re a through-and-through ectomorph, vegan, or struggle to eat, that you’re getting enough protein through maintaining a balanced diet model.

In the past, we have mentioned how the difference between a so-called “bulk” and a “cut” can be determined by a protein shake — as a means to keep dieting simple.

Some protein shakes, such as Carnivor, contain 30g of protein and 120 total calories per serving, making it a decent choice if you wish to ensure that your protein intake remains on point while you diet, for example.

For guys struggling to put on mass, a weight gainer may seem like a fair choice as a temporary fix.

But there are more cost-effective ways to bulk up.

Before splashing out on supplements, such as weight gainers, read this piece on “4 Reasons Why You’re Not Putting on Any Muscle.”

Unscrupulous companies peddle supplements and play off your frustrations in wanting to get a physique similar to one of their models.

It’s a vicious cycle, really — you want a good physique without putting in the effort; they want your money and don’t really care about whether you get that physique.

As I’ve mentioned several times in the past, the vast majority of fitness models have all of the right factors to get that physique — genetics, discipline, years of training, performance enhancing drugs, etc — while taking photo shoots after extreme dieting and dehydration to look peeled AF.

You, on the other hand, part ways with your hard-earned cash thinking that some crappy supplement will enable you to get closer to that physique.

Now, drawing up a list of only 4 overhyped supplements, I had to cast a wide net and go for the ones that often make the highlights reel.

Conversely, you could also check out our list of supplements that actually DO work — and that you should totally incorporate into your lifestyle. 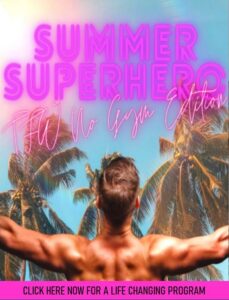